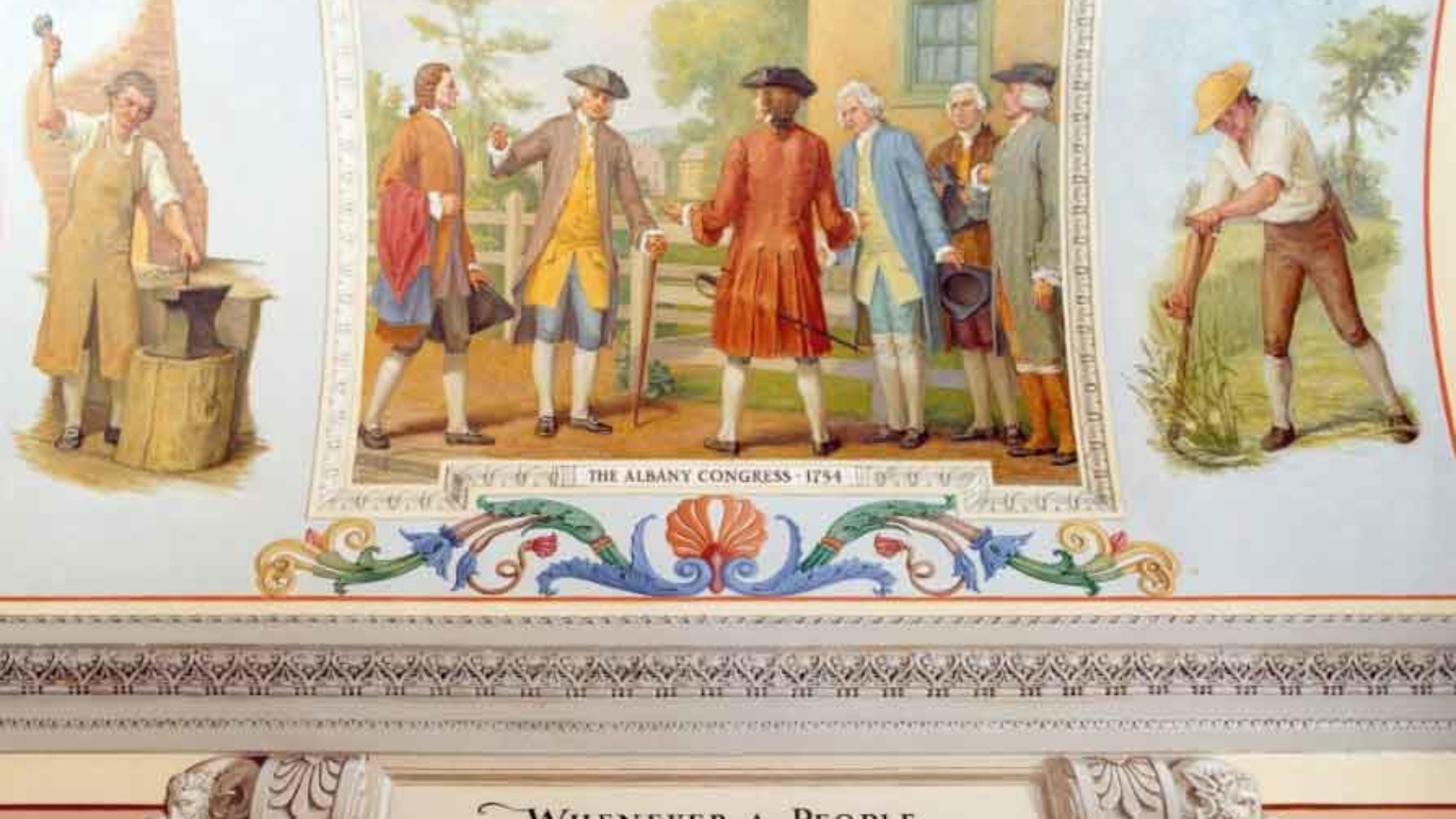 On the fourth Thursday of November, most Americans will gather with their families and friends to celebrate a day of thanksgiving, a day devoted to remembering the blessings of God. Most Americans connect this uniquely American holiday with a romanticized version of the Pilgrims at Plymouth Colony.

But there is more to the story … it is also a story of America’s first experiment with socialism.

It is generally known that the Pilgrims settled at Plymouth Colony in December 1620 and suffered terribly through their first winter in America with about half of their members dying from sickness, starvation or exposure. Even though friendly Indians taught the Pilgrims how to grow corn and helped them with hunting, trapping and fishing, the harvest of their crops yielded barely enough to support the colony. In the fall of 1621, although things were still very tough, they were thankful for what they had and declared a three-day feast which they shared with their Indian friends who brought deer and wild fowl.

The following year, the Pilgrims once again failed to produce enough food to adequately sustain their colony. But it wasn’t bad farming practices that resulted in another poor harvest, it was the colony’s requirement that whatever was produced, whether food or clothing, was to be put in a common storehouse and shared with everyone in the colony.

According to the journal kept by William Bradford, the first governor of Plymouth Colony, “… all profits & benefits that are got by trade, working, fishing, or any other means” were to be deposited into a common storehouse and that “all such persons as are of this colony, are to have their meat, drink, apparel, and all provisions out of the common stock.”

This meant that each member of the community was entitled to take from the storehouse what they needed, regardless of how much or how little they contributed.

The problem, as Bradford found out, was that the Plymouth Colony version of socialism undermined work ethic, killed personal initiative and bred contempt for those who were unwilling to work. Because all that the colonists produced was held in common and all members of the colony were entitled to be provided for from the common storehouse, there was no incentive for people to work any harder than necessary and many able-bodied people simply quit working altogether.

After the dismal harvest of 1622, Governor Bradford recorded in his journal that “… they began to think how they might raise as much corn as they could, and obtain a better crop.” He and the other colony leaders observed that the redistributionist system “…was found to breed much confusion and discontent, and retard much employment that would have been to their benefit and comfort.” Consequently, Bradford and the Plymouth elders changed the system from the socialist redistribution of the harvest, or as liberals like to call it today—spreading the wealth around—and adopted a free market plan. In their new plan they assigned ownership of a plot of land to each family and allowed them to keep what they produced for themselves or allowed them to sell or trade it.

The bountiful harvest of 1623 proved that market incentives work.

Bradford wrote, “This had very good success, for it made all hands very industrious, so as much more corn was planted than otherwise would have been by any other means the Governor or any other could use ….” Bradford acknowledged, “… instead of famine now God gave them plenty and the face of things was changed, to the rejoicing of the hearts of many.”

Socialism in Plymouth Colony was a complete and tragic failure. After the colony implemented a free market system, Bradford wrote that from that point “… any general want or famine hath not been amongst them since to this day.” In fact, the harvest of 1624 was so plentiful that colonists were not only able to provide for themselves and others in the colony, they were also able to start exporting corn to England. In other words, the Pilgrims learned that private property and free markets were a benefit to everyone in the colony…the able and the disabled.

When you gather with family and friends this Thanksgiving to give thanks for God’s blessings, you should also give thanks for Governor Bradford and the Pilgrim settlers of Plymouth Colony. They not only laid the spiritual foundation for America, they also laid the foundation for private property and a free market system that has allowed us to care for our families and others in need and that has been a blessing to Americans for 390 years.