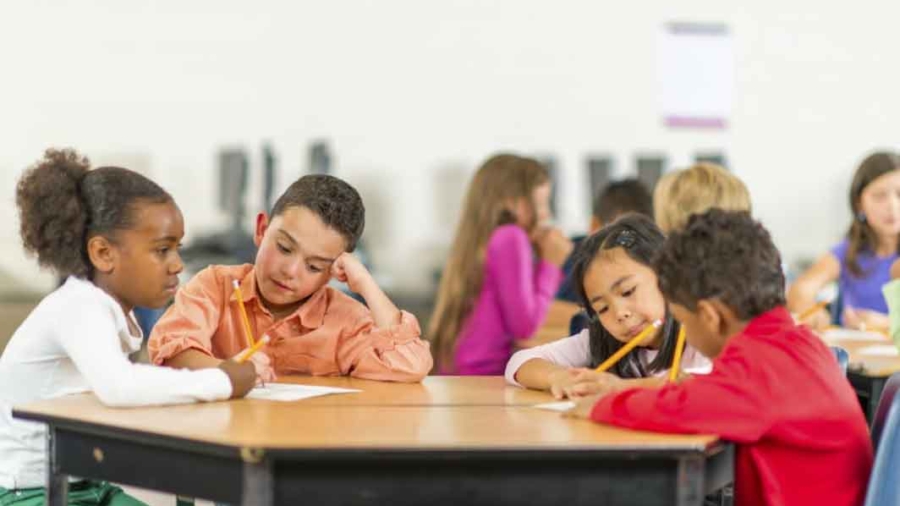 In the Alabama State House, the familiar refrain surrounding public education is that the legislature has failed to ever “fully fund” it. The implication, of course, is that we cannot and should not expect positive outcomes from our public schools. This philosophy has been refuted by an enormous body of academic research and, last week, was specifically disproved by a report released by the U.S. Department of Education.

The report, the National Assessment of Educational Progress, or NAEP, is published every other year by the National Center for Education Statistics. By testing students in all fifty states, Puerto Rico, and the District of Columbia on a variety of subjects such as math, reading, and science, the NAEP allows states to compare the academic progress of its students to the progress of students in other states. What the NAEP says about Alabama’s educational competitiveness underlies the need for our citizenry to reassess the link between what is spent on public K-12 education and what we get in return for our investment.

Alabama’s rankings on the NAEP in math and reading have largely collapsed. Since 2000, rankings in math for fourth and eighth grade students fell from 35th and 32nd place, respectively, to 51st and 50th place in 2015. Reading scores for Alabama students have been more of a mixed bag. The national ranking of fourth grade students has remained flat at between 39th and 40th place, but by the eighth grade have slipped from 38th place to 46th place from 2002 to 2015.

Over the same fifteen-year period, Alabama’s expenditures on public education continue to trail the national average. Since 2000, the inflation-adjusted gap between what Alabama spends per student on education and the nation as a whole has increased, from $1,760 to $2,500 in 2014. In the 2013-2014 school year, Alabama spent $8,841 per student on public education, less than thirty-eight other states and the District of Columbia.

Simple comparisons like this make it tempting to conclude that inadequate funding is the cause of Alabama’s woeful rankings, yet the NAEP scores disprove such an explanation.

First, what Alabama spends per student on education has risen substantially in the past fifteen years. Even after accounting for the disastrous economic effects of the Great Recession, Alabama’s per-student spending increased by an inflation-adjusted 14% between 2000 and 2014. Alabama’s spending on K-12 public education totaled almost $5.7 billion, or 18% of the state’s $31 billion budget (excluding employee benefits). Yet, the state’s rankings in reading and math have not improved. Notably, over the last decade, the state spent an average of $25 million per year on the Alabama Math, Science, and Technology Initiative (AMSTI) alone.

If increased spending isn’t the key to better scores, perhaps state leaders should focus more on how education funds are allocated. Some Alabama administrators and teachers cite rigid formulas and earmarks that can handicap their ability to move additional resources directly to the classroom. Others note the state’s habit of creating new programs and initiatives year after year that must be funded to solve our problems. While well-meaning, these programs often discount the complex roots of causation and attempt across-the-board fixes rather than targeted ones. Furthermore, appropriators often fail to impose any stringent accountability when renewing funding for these programs.

The latest NAEP scores should motivate us to move beyond blaming our results on funding and focus instead on how to best use our existing resources to improve student outcomes.