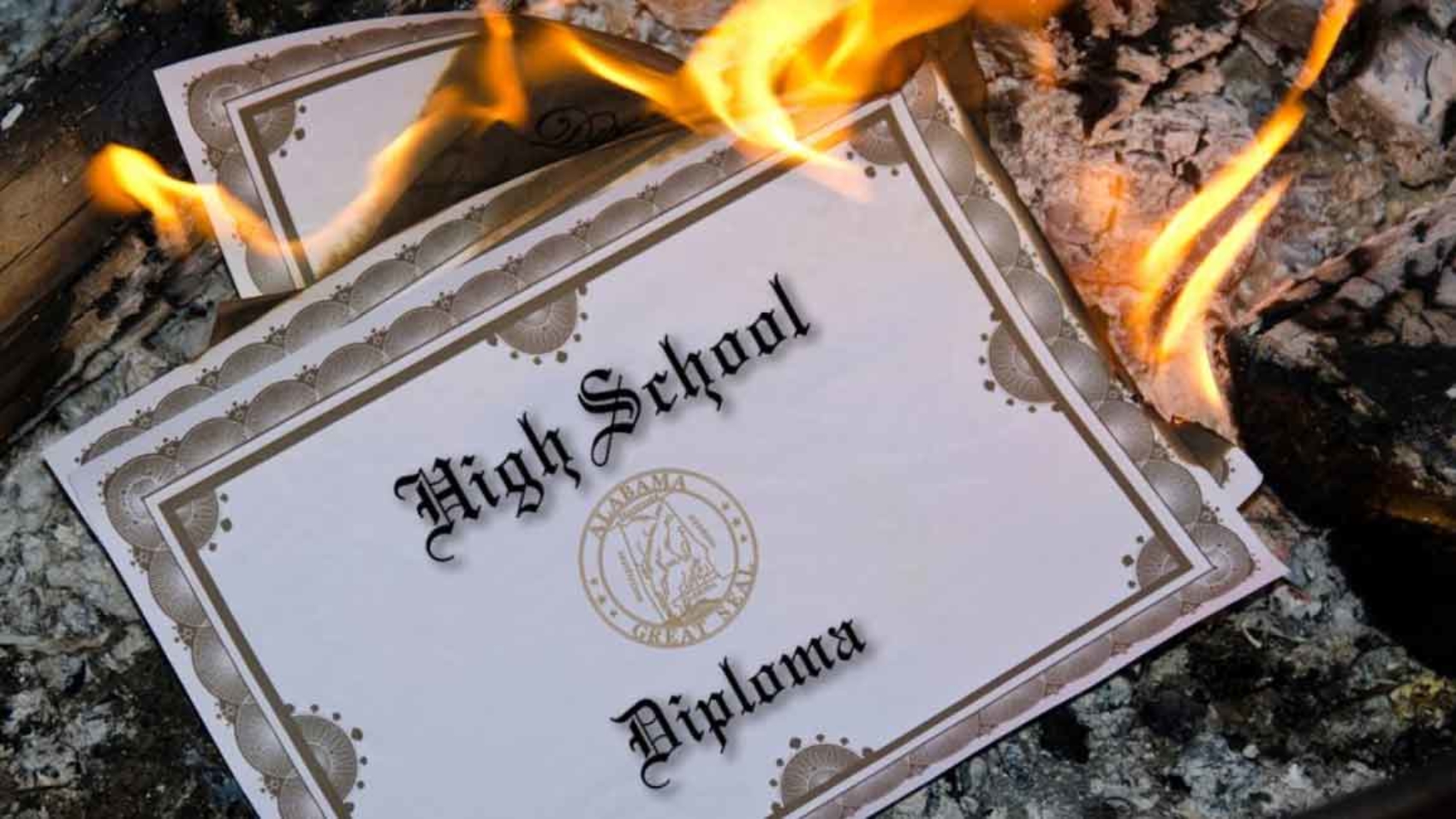 Two weeks ago, Tommy Bice announced his plans to step down as Alabama’s superintendent of education. Reflecting on his tenure, Bice singled out one accomplishment with especial pride: the nearly 90% graduation rate of public-school students in Alabama. This is not, however, an accomplishment that should be celebrated: it will go down as the most pernicious failure of the Bice superintendency. When the high-school diploma has been as devalued as it has, its benefits—economic and otherwise—become a false promise.

By way of background, compare the presentation Bice delivered a few months back, emblazoned “Every Child a Graduate,” with a journal article published in 1954, entitled “A High School Diploma for All!” The similarities do not end with semantics.

The journal article was penned by the principal of an Alabama school that had undertaken a new approach to graduating its students. The principal encapsulated the “experiment” thus: “It calls for awarding a . . . diploma to any student who has spent three years [grades ten through twelve] in high school. . . . Scholastic achievement is no longer the basis for awarding the diploma.” The mastery of “theoretical” material, such as mathematics and science, was not required for students to graduate. This policy was approved by the Alabama State Department of Education at the time—and has essentially been institutionalized by the Alabama State Department of Education of today.

Evidence is provided by the meteoric rise in the graduation rate of public-school students in Alabama. The rate has skyrocketed seventeen points in four years, from 72% in 2011 to 89% in 2015. To put this percentage in perspective, if the graduation rates of the other forty-nine states were to remain unchanged from 2014, then Alabama’s graduation rate would now rank third nationally.

The problem, of course, is that Alabama has seen nothing remotely similar occur with regard to scholastic achievement, which remains dismal—among the worst of the worst in the United States.

Consider the results of the ACT. The ACT defines college readiness as “about a 75% chance of obtaining a C or higher in the corresponding credit-bearing college courses . . . based on the actual performance of students in college.” In an era of grade inflation, a grade of C in a first-year college course is not a very high benchmark. Yet, the percentage of Alabama students who graduated ready for college-level coursework in English, math, reading, and science was a mere 16% in 2015, down from a mere 18% in 2011; the national average was 28%. It is no wonder, then, that 32% of Alabama public-school graduates who attend college need remediation.

Consider the results of the ACT Plan, an assessment (now the ACT Aspire) taken by tenth-graders that predicts success on the ACT. School-level data is available for the ACT Plan, and surveying it shocks the conscience. Assuming that the ACT Plan scores are representative of upperclassmen, more than two dozen high schools in Alabama—with a combined graduation rate of 83%—could have graduated a group of students without a single one of those graduates being college-ready. These schools might be the worst, but they are most certainly not outliers.

Consider the results of the National Assessment of Education Progress (NAEP), known as “The Nation’s Report Card” and considered the standard for measuring scholastic achievement. According to the 2015 scores, only 17% and 26% of Alabama eighth-graders are, respectively, proficient in math and reading—with neither score changing significantly since 2011, and both scores remaining significantly below the national average. A recent report by the Urban Institute, which adjusted the 2013 scores to account for student demographics, thereby allowing more accurate state-to-state comparisons, brings it all back home. Ranking forty-eighth in the nation, ahead of only Hawaii and West Virginia, Alabama can “thank God for Mississippi” no longer.

Did it not occur to the superintendent that our state having (1) among the worst scholastic achievement in the country and (2) among the highest graduation rate in the country was not a reason for celebration—that it was, in fact, the opposite? It should have, and once did:

The next superintendent will have to rebuild the trust that has been lost in Alabama’s high-school diploma. This means ensuring that it reflects scholastic achievement. This does not mean undue emphasis on standardized tests or a return to the misguided policies of No Child Left Behind. But it will be helpful to glance backward as we go forward, to recall what those policies were meant to combat: “the soft bigotry of low expectations.” How better to describe the act of awarding diplomas without requiring scholastic achievement?