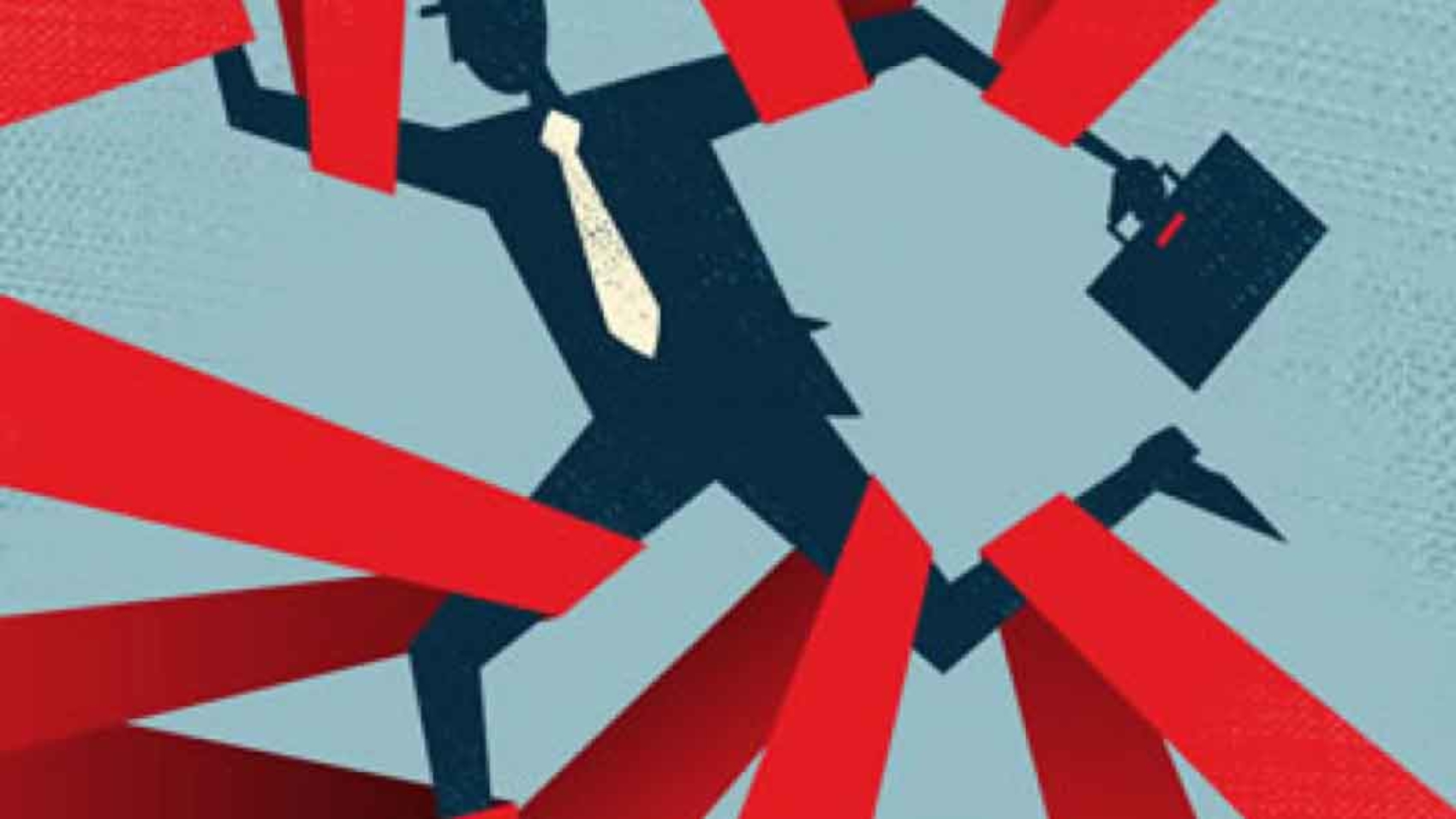 In Alabama, we expect—quite rightly—our fellow citizens to pull themselves up by their own bootstraps. But what if there is a barrier between citizens and their boots, blocking them from reaching the straps? And what if that barrier is unwarranted, put there by the state without good reason? The answer, of course, is that this should offend our sense of right and wrong—and that we should feel compelled to demand the barrier be removed.

Occupational licensing, as we shall see, oftentimes proves to be precisely such a barrier.

An occupational license is, simply put, a government-granted permission slip to practice a certain vocation. The reader will right away think of the most conspicuous ones—the medical license, the law license, and so forth—yet occupational licensing is hardly confined to the likes of doctors and lawyers. Indeed, governmental regulation of employment has rapidly metastasized since the 1950s, spreading to more than 1,100 occupations across the United States, including a large number of lower-income jobs.

Today, approximately 21% of the Alabama workforce has a job that is licensed by the state. The percentage increases to nearly 30% when certification, in addition to licensing, is included. The percentage increases even more when local and federal regulation, in addition to state regulation, is included. A study by the Institute for Justice surveyed 102 lower-income occupations in Alabama and found that a license was required for almost half—with those licenses requiring, on average, $319 in fees, two exams, and 182 days of education or experience.

The result is that many occupations in Alabama—from carpenter to sign-language interpreter to auctioneer to makeup artist—are closed to those who have the talents for them. This violates the foundational American definition of equality of opportunity, which Nobel economist Milton Friedman equated with the phrase la carrière ouverte aux talents, “the career open to the talents.” Noah Webster, writing about the United States in 1793, noted: “The road is open for the poorest citizen to amass wealth by labor and economy, and by his talent and virtue to raise himself to the highest offices of the state.”

“The Texas occupational licensure regime . . . can seem a hodge-podge of disjointed, logic-defying irrationalities, where the burdens imposed seem almost farcical, forcing many lower-income Texans to face a choice: submit to illogical bureaucracy or operate an illegal business?” That statement, from an opinion by Texas Supreme Court Justice Don Willett, would lose none of its veracity if “Texas” and “Texans” were replaced by “Alabama” and “Alabamians.”

Consider the case of a brother and sister, Jack and Jill, who have grown up in poverty in Alabama and cannot afford education beyond secondary school, yet who both happen to be extremely gifted with hair—he at cutting it, she at braiding it. They aspire to raise their stations in life through American Dreamcuts, where they can make a livable wage, grow their clienteles and incomes, and maybe even open their own franchise or independent salon someday. The siblings are interviewed by the experienced manager, who is convinced of their abilities, and hired on the spot—and subsequently imprisoned and fined by the state board of cosmetology.

(To anticipate and answer a question the reader might have: Yes, the state board of cosmetology, which regulates “the practices generally recognized as beauty culture [and] hairdressing,” really is empowered under Alabama law to imprison and fine citizens as discussed herein.)

The siblings cannot afford those costs, but they are undeterred. They decide that since it is going to cost them so much anyway, they might as well get full cosmetology licenses. But that is even more costly, with the price tag for the requisite schooling falling between $10,000 and $20,000. So they return to American Dreamcuts to start earning toward that goal as assistants—and are subsequently imprisoned and fined by the state board of cosmetology.

The charges? For both Jack and Jill, criminal shampooing: a license to wash hair requires that they each complete an application and pay a fee “before beginning work” (the board is emphatic on this point).

If only the siblings had familiarized themselves with—among other things—sections 34-7B-1, 34-7B-4, 34-7B-7, 34-7B-17, and 34-7B-20 of the Code of Alabama (but not the online version, which clearly disclaims any responsibility to be current and accurate); rule 250-X-2-.01 of the Alabama Administrative Code (but not the online version, which clearly disclaims the same); and the most recently revised “Shampoo Assistant Application” form provided by the Alabama Board of Cosmetology and Barbering (but not the online version that appears as the top search result on Google, because that version is outdated—the board has since generously dropped its demand that prospective shampooers undergo a tuberculin skin test and chest X-ray). Had they of done all that, and perhaps also hired legal counsel, there would be nothing to worry about—except for all the other rules, regulations, and statutes to worry about—and the two could be well on their way, up from poverty.

The absurdity of the above might make one recall the warning of Thomas Jefferson: “The natural progress of things is for liberty to yield, and government to gain ground.” It makes me recall the words of a recent Nobel laureate: “In the home of the brave / Jefferson turnin’ over in his grave. . . .”

“Licensing is usually justified on the grounds that it improves quality and protects the public against incompetent or dangerous practitioners. . . . However, the quality, health, and safety benefits of licensing do not always materialize.” Thus was the finding of a report carrying the imprimatur of the White House—the White House of Barack Obama, mind you, not Ronald Reagan. Other key findings included that occupational-licensing laws “raise the price of goods and services,” “restrict employment opportunities,” and “too often are inconsistent, inefficient, and arbitrary.”

Here we find the felix culpa of the unhappy condition of occupational licensing: all sides, aside from the strictly self-interested (licenses are often nothing more than a way that the haves benefit themselves at the expense of the have-nots), see that things have gone wrong and agree that it is time for reform.

To that end, there are two steps that we should take in Alabama:

Step 1. Add an amendment to the Alabama Constitution that enumerates the right to occupational liberty, for example: “The State shall make no law abridging the freedom of any citizen to pursue the occupation of his or her choice.”

Step 2. Enact a statute that requires all occupational regulations in Alabama be the least-restrictive means of protecting the public health, safety, or welfare, with licensing being lawful if and only if no other regulatory option would suffice.

Opportunity is more than an economic issue—it is a moral issue.

“Everyone,” Jefferson wrote, “has a natural right to choose that vocation in life which he thinks most likely to give him comfortable subsistence.” The unwarranted imposition of occupational-licensing laws on citizens is at variance with the values that the United States was founded on, and that continue to guide the people of Alabama.

It is incumbent on us to act accordingly and revoke what we have handed out far too freely: license to kill opportunity.