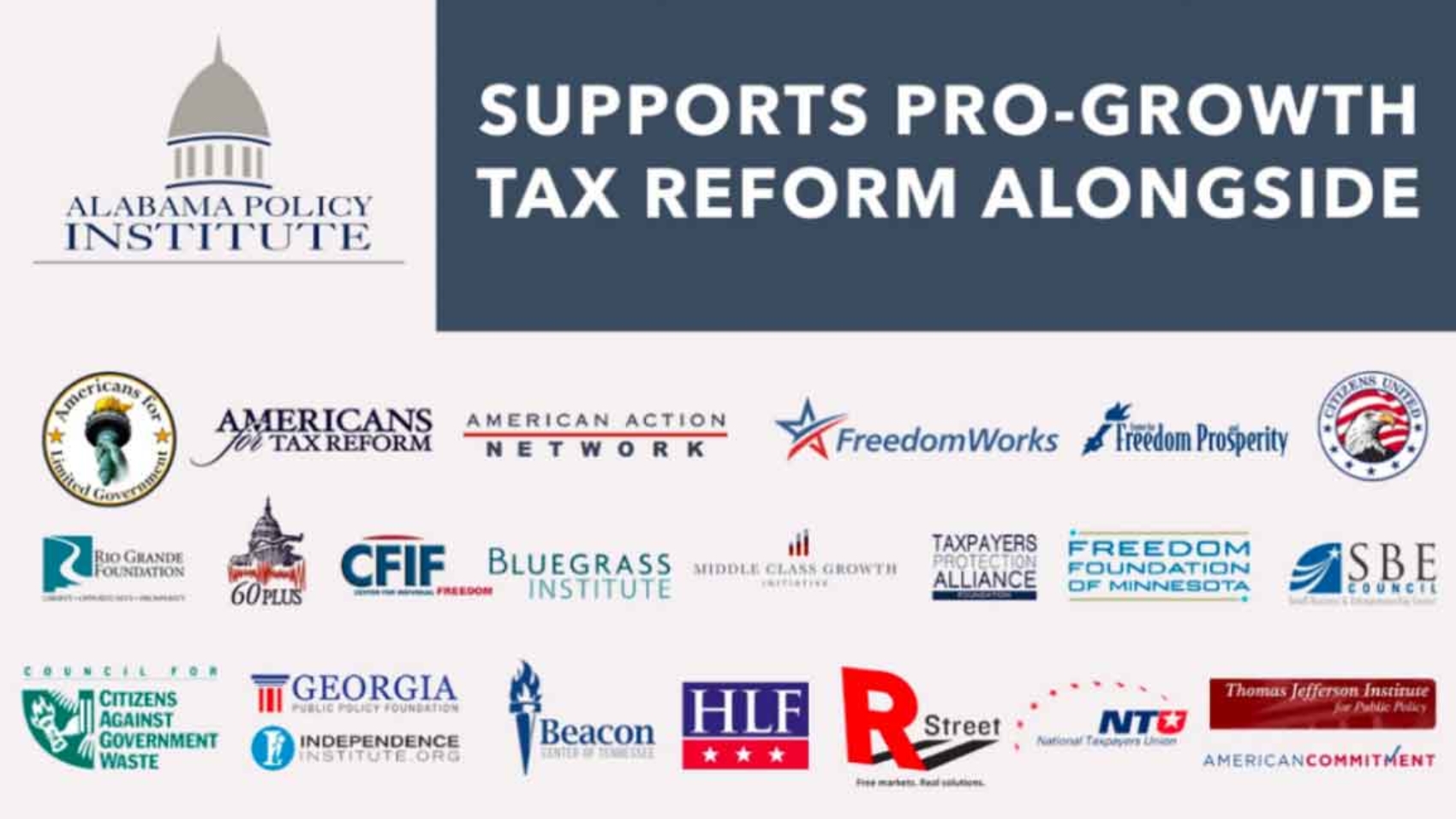 The Alabama Policy Institute joined a coalition of over 20 leading conservative organizations calling on the U.S. House of Representatives to seize the opportunity to deliver transformative tax reform. In an open letter, the coalition highlighted the failures of America’s tax code and urged every member in the U.S. House to make the tax code simpler, fairer and with lower rates to help revitalize America’s middle class.

“The outdated U.S. tax code, last overhauled more than three decades ago, has rendered American job creators less competitive in the global marketplace, slowed the growth of wages, and discouraged investment in local communities across our country,” says the coalition letter. “We write to urge you to support meaningful, transformative tax reform that will strengthen economic growth and enable greater prosperity for America’s job creators and middle-class families.”

The full letter, hand-delivered to every member of the House of Representatives, can be read here.

As seen in The Hill