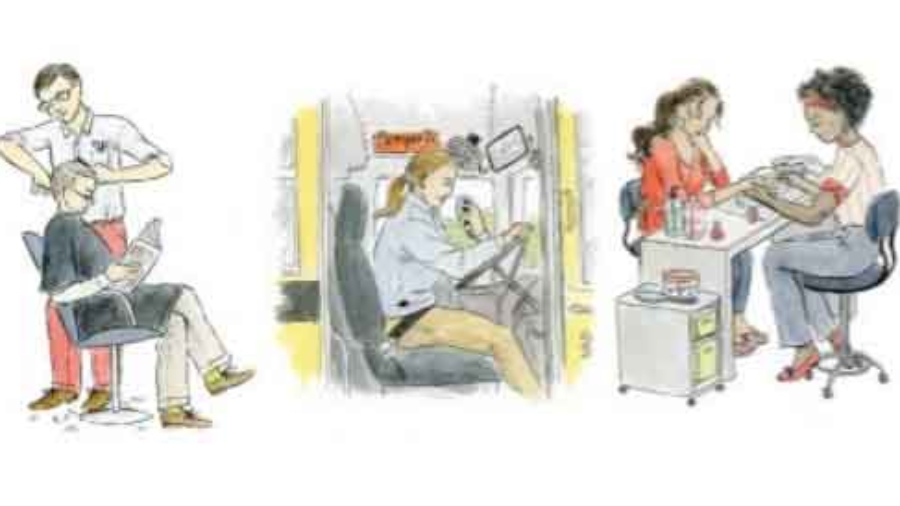 During my years working in public policy, there have been a handful of issues that have gotten me fired up. Typically when I tell people about them, they have some level of understanding—a state lottery, education and school choice, taxes and budgets, things like that. These days, when I’m asked about the issue I most care about and I say “occupational licensing reform,” I’m often met with blank stares. Once I start explaining the issue, however, people start to understand why it is so important, not just to me, but to all Alabamians.

In an effort to prevent more blank stares, here are a few reasons why you should care about occupational licensing reform in Alabama.

1. The costs of licensing end up on the consumer.

Think about it—if you have to pay thousands of dollars in educational costs, plus hundreds of dollars in licensing fees to the state, just to do your job, are you going to assume those costs? Of course not! Those fees will be passed on to the consumer of whatever product or service that you are selling.

Selfishly, as a consumer—and a frugal one at that—the thought of incurring the cost of someone’s state-issued license is pretty infuriating. Of course, I acknowledge that in certain cases—medical services, for example—there is consumer protection offered by a license that I find to be valuable. In many cases, however, a license does not dictate whether or not someone is qualified to do their job. The beauty of the free market is that if I go to a manicurist, for example, and they do not do a good job, all I have to worry about is a bad manicure. I never have to go back.

2. Individuals shouldn’t have to get permission from the government to do a job that they are trained to do.

Sometimes I wonder, “if I had to pay for a license to do my job, would I be doing my job?” Thankfully, that’s a question I’ve never had to ask. I went to college, received a degree in political science and, based on my credentials and experience, was determined to be a good candidate for my job. No license required.

In my time talking to folks about this issue, I’ve heard from countless workers who have expressed disdain with the licensing process. Their main complaint is that they’ve already jumped through hoops to become educated for the job, whether that’s through formal education or work experience. A state-issued license, quite frankly, means nothing to me compared to education and job experience.

A recent study by the Alabama Policy Institute shows that over twenty-one percent of Alabama’s workforce is licensed. The same report estimates that the total initial cost of licensing, excluding educational costs and yearly renewal costs, to be $122 million. If I am looking to get into a licensed field in Alabama, these costs are going to be a major deterrent.

Barriers to entry established by occupational licensing laws are shown to disproportionately impact disadvantaged groups in Alabama—the poor, minorities, military families, and people with a record. Alabama took one step toward a solution this year, with the passage and signing of the Military Family Jobs Opportunity Act, which will significantly ease the burden of licensing on military families who have received occupational licenses in other states. Nevertheless, in order to improve economic mobility for Alabama families, there are still changes that need to be made.

Here’s what I’m getting at: whether or not you are in a licensed occupation, you should care about occupational licensing reform. As consumers, we should question having to pay more for certain goods and services due to the costs of a license—especially those that have little or nothing to do with public health and safety. As empathetic Alabamians, the idea that the state often forces people to pay for a permission slip to work should inspire us to demand change. Lastly, as voters during a campaign season focused on job growth, we should call on and expect our leaders to carefully examine the burdens of occupational licensing on Alabama’s families.

This op-ed was originally published on Yellowhammer News, Alabama Today, the Brewton Standard, and the Birmingham Business Journal.