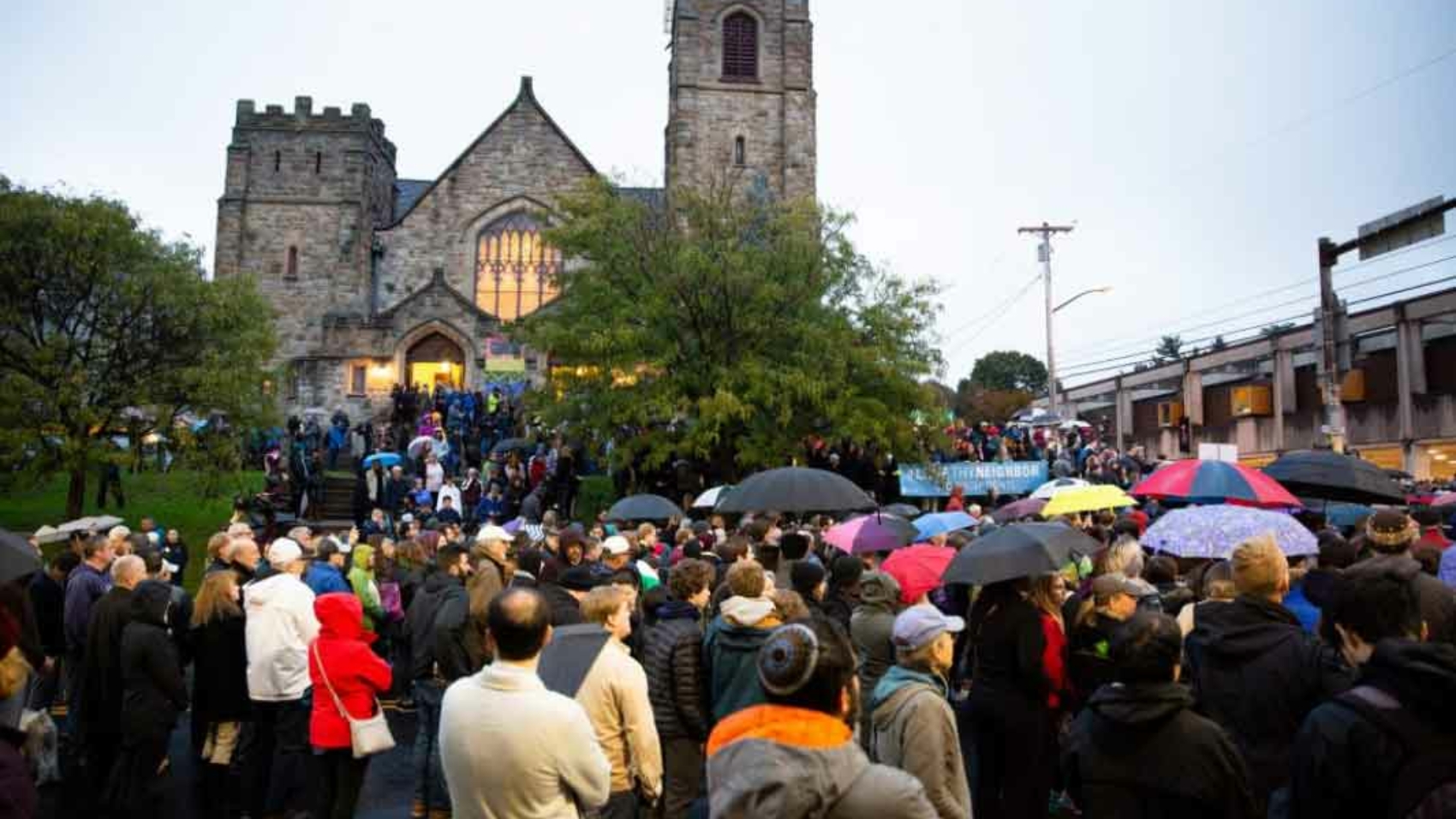 This opinion column appeared on AL.com

New research coming out of the University of Alabama at Birmingham detailing an “explosive growth” of anti-Semitism online should be a wake-up call for everyone, particularly after last weekend’s shooting at a Pittsburgh synagogue.

Conservatives should be especially concerned because even though these uninvited bigots are relatively few, they have indeed glommed on the fringes of our movement and must be shaken off before they do lasting damage.

I know what my fellow conservatives are thinking: “We don’t have anything to do with those guys.”

But they’re trying really hard to have something to do with us.

The report from UAB, titled “A Quantitative Approach to Understanding Online Antisemitism,” found that events involving President Donald Trump – the election, his inauguration, debates about his travel ban – occurred within proximity to several notable increases in anti-Semitic language online. A similar spike was seen when the infamous Unite the Right rally was held in Virginia.

So it seems that they really want to associate themselves with the president or his policies (which are mostly conservative).

Combine that data with stories about white nationalists trying to elbow their way into conservative gatherings and one must admit we have an authentic problem, however smallish we perceive it to be.

“We analyzed more than 100 million posts from the largest alt-right-affiliated social platforms,” said one of the report’s co-authors, Jeremy Blackburn, Ph.D., a computer science professor at UAB, when the report was released last month.

Among the platforms that Blackburn and his co-authors tracked was Gab, the right-leaning outlet that the Pittsburgh shooter, Robert Bowers, used to post his final message before entering the synagogue. On it, he claimed that a Jewish charity was bringing in “invaders that kill our people” before writing: “I can’t sit by and watch my people get slaughtered. Screw your optics, I’m going in.”

Blackburn said users of platforms like Gab identify themselves with conservatism, and the report noted how their discussions sometimes migrate to more mainstream platforms like Twitter and Reddit in the form of memes, for example.

“These communities also claim they represent and speak for conservatives in general,” Blackburn told me Sunday afternoon via email. “For conservatives, I think that being associated with communities like Gab is something you’d want to avoid. It’s not a very good look.”

To say the least.

I know. I know. Conservatism rejects the type of identity politics that partly fuels anti-Semitism and white nationalism to begin with.

And of course, President Trump didn’t inspire the murderer who killed 11 people at the Pittsburgh synagogue on Saturday morning (the shooter was no MAGA-hat wearing super fan).

But conservatives want a border wall.

So does the alt-right.

Conservatives dislike cultural relativism and the division it sows within our country.

So does the alt-right.

And conservatives prefer an “America First” trade and foreign policy.

And so does the alt-right.

That’s why it’s possible to conflate their brand of tyranny with our brand of order.

The alt-right’s problem, however, is that their ideas have left them politically homeless and without any meaningful constituency, so they’re trying to squat on the political landscape that conservatism has tended and tilled for centuries.

And they’re using the internet to do it.

So, what are we supposed to do?

In his best-selling book “12 Rules for Life: An Antidote to Chaos,” clinical psychologist Jordan Peterson, himself a frequent target of the alt-right, offers a simple suggestion: Set your house in perfect order before you criticize the world.

Conservatives need to police their advocates as much as they need to advocate for their beliefs.

William F. Buckley provided a great example of how this is done when we read the John Birch Society and Ayn Rand’s acolytes out of the movement in the 1960s.

Traditional conservatives must continue clearly refuting the alt-right at every turn, and especially online.

Look no further than the progressive left for an example of what happens without such self-regulation. They’ve become the regressive left, abandoning free speech, free expression, and free association among other tenants of classical liberalism because their fringe elements, their loudest elements, are now running the show.

The internet isn’t making any of this better, either. It’s a large part of the problem and one that Blackburn characterizes as “socio-technical” in nature.

“The web has brought people closer together but has also been harnessed for ill intent by people aiming to spread hateful ideology,” he said. “There may be 100 racists in your town; but in the past, they would have to find each other in the real world. Now they just go online.”

So now the lone nutcases in every zip code are linked online, forming a daisy-chain of hate, fueling each other’s envy, growing larger through each other’s rage, and passing it along from one man to the next until it ends up in the murderous mind of someone like Robert Bowers.

And then it’s too late to talk sense to anyone.

But right now, while the alt-right is loitering aimlessly on the fringes of the internet, conservatives should take the opportunity to push them off into the political abyss.

Because that’s where their ideas belong.