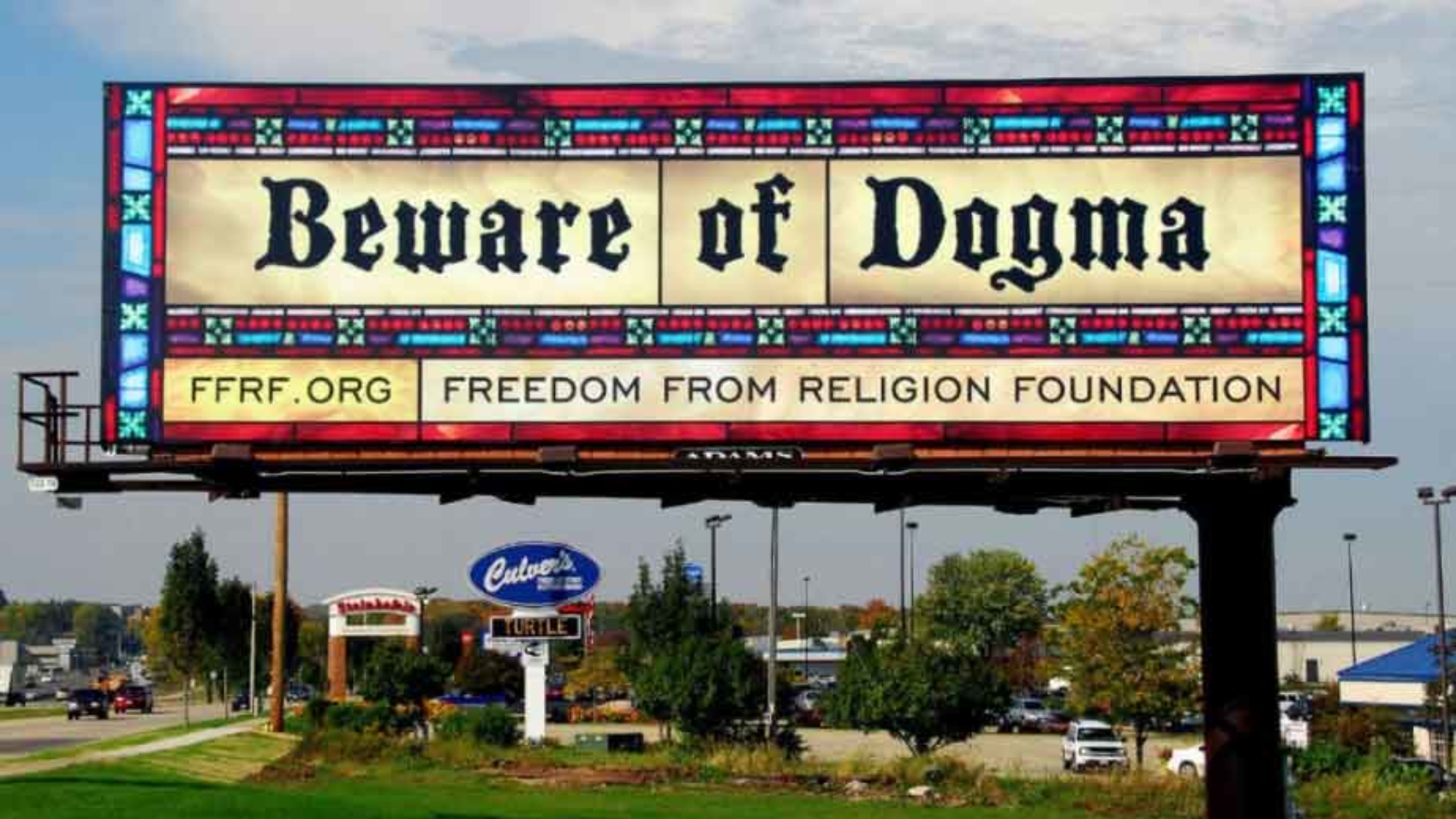 An atheist group from Wisconsin has implicitly or directly threatened to sue more than 40 Alabama school systems, local governments, and elected officials during recent years over what they claim are violations of the constitution’s ban on the establishment of religion.

The organization, called the Freedom from Religion Foundation, is often successful. Many give in after calculating potential attorney fees and the uncertain outcome of drawn out lawsuits.

But perhaps it’s time Alabamians recall our state motto and “Dare Defend Our Rights” by standing up to some of the more frivolous of these challenges.

A review of the FFRF’s news release archives reveals that while some of their complaints are reasonable, many are simply ridiculous.

For instance, Gov. Kay Ivey posted a video on social media in 2017 wishing everyone a “Merry Christmas” and adding, “May your days ahead be filled with the light of God and his abundant grace.”

The FFRF said it was an “overly religious homily” and sent a threatening letter saying the governor broke the law.

The Houston County Sheriff’s Office had to remove “Blessed are the Peacemakers” from the side of its cars after the FFRF objected to the well-known and harmless quote because it was taken from the Book of Matthew.

“We support what’s written on the stickers and we support the spirit of it,” the county administrator said in 2015. “But unfortunately, from a legal perspective, we could spend hundreds of thousands of dollars and still likely lose.”

Eric Johnston, president of the Southeast Law Institute in Birmingham, explained that most local government attorneys simply aren’t prepared to handle such lawsuits.

“Most of them have little or no experience in constitutional establishment clause/free exercise cases,” Johnston explained. “In order to defend themselves, most would need to hire outside counsel at high rates.”

Add the possibility of having to pay the FFRF’s legal bills if they prevailed, and suddenly that strongly worded letter starts looking a lot like a very expensive bill.

And that’s how our freedoms die … a dollar at a time.

But school boards and local governments who are facing such threats should also take into account these three considerations:

#1: Our leaders were elected to protect our rights.

Our constitution doesn’t just prohibit the establishment of religion; it also forbids actions that will “prohibit the free exercise thereof.”

The people, individually, cannot defend against these lawsuits. They depend upon their elected officials to act, and many would likely support pushing back against the more baseless of the FFRF’s complaints.

The FFRF isn’t the only group out there with lawyers experienced in First Amendment issues. There are many organizations that provide support to those whose religious freedoms are under attack.

The Southeast Law Institute, the Alliance Defending Freedom, the Landmark Legal Foundation, and the Alabama Policy Institute are just a few.

A review of the FFRF’s most recent public tax documents show that while it wrote 1,561 letters complaining about alleged establishment clause violations nationwide in 2017, it reported just 22 actual lawsuits either won or pending – only 1.4 percent of their complaints.

Furthermore, the foundation reported that 308 complaints were resolved without a lawsuit – only 19.7 percent of their complaints.

So, nearly 80 percent of their complaints may have gone absolutely nowhere (except perhaps in the trashcan).

“My feeling has always been they were more threats than reality due to not only funding issues, but the availability of qualified lawyers to bring their lawsuits,” Johnston said. “When lawsuits need to be filed in faraway places, it is difficult to find qualified legal counsel.”

Though many of the FFRF’s charges of establishment clause violations are unjustified, we should be mindful of their motivation.

Reading through their letters, one gets a sense that there’s an awful lot of hurt there, even resentment. Their language speaks of being excluded, left out, made to feel apart from the group, and a sense of wanting to protect young unbelievers from overzealous bullies.

There is also a need to ensure that our public services and institutions don’t become arms of any particular religion, and there are those among us who would indeed use their positions of public trust to advance their personal faith.

We must guard against those tendencies.

But we also have a common culture in this nation, especially in Alabama, and certainly in many of its smaller communities. Central to our culture is a Judeo-Christian heritage that’s often, and without harm, reflected in many of the traditions that buttress our public gatherings and official symbols.

To completely ban these traditions and symbols from the public square doesn’t separate church from state as much as it separates citizen from culture.

There are bullies on both sides of this issue, actually, pushing and shoving us around, either wanting to make people feel like outcasts or wanting to burn our traditions to the ground.

The reasonable among us must stand against these bullies. Both of them.

And the best way to deal with bullies … is to push back.