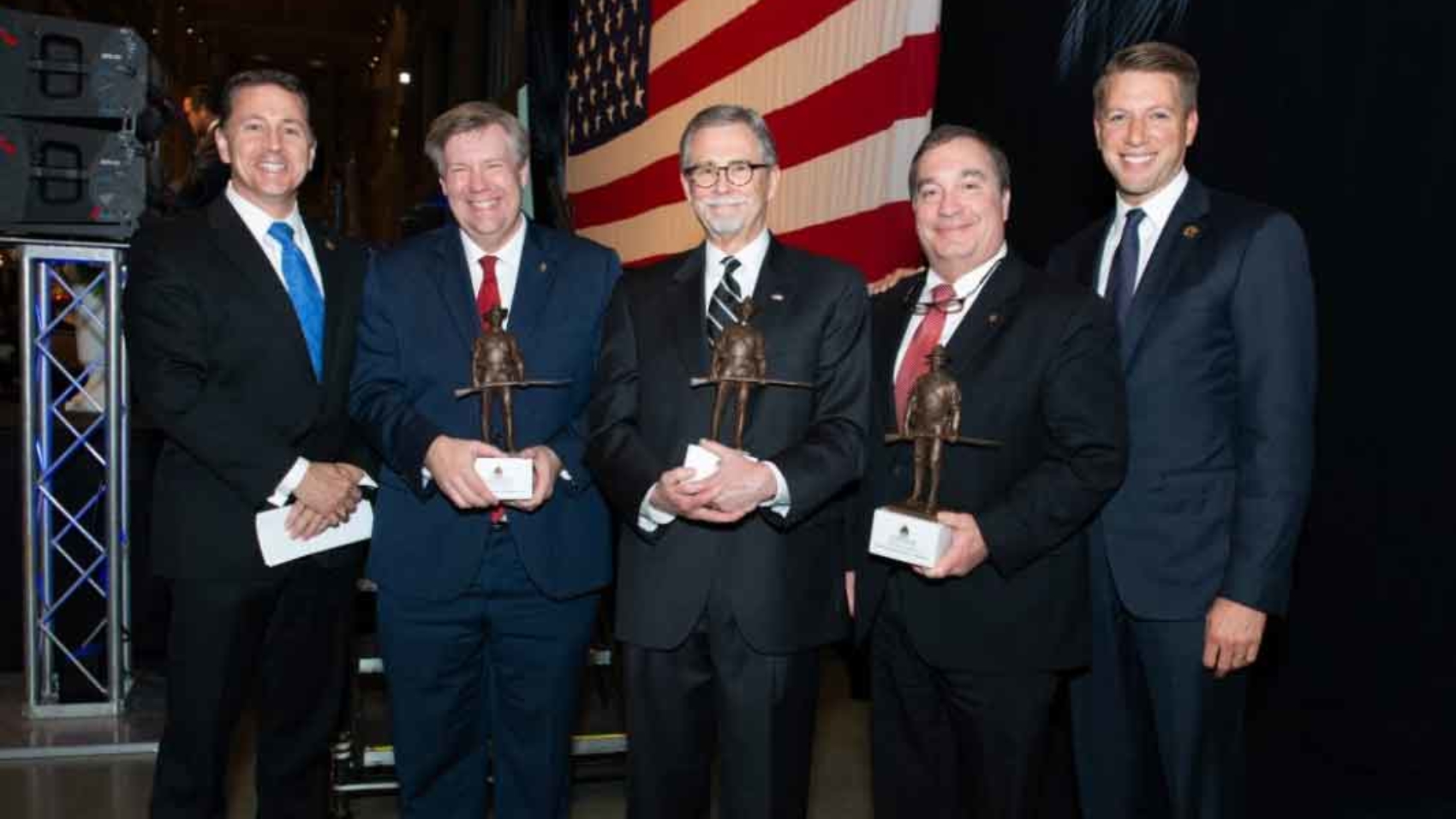 Birmingham, Ala. – Alabama Policy Institute (API) Director of Policy Strategy Phil Williams announced Thursday at the API 30th Anniversary Celebration the recipients of the API Policy Warrior Awards. In its inaugural year, the API Policy Warrior Awards are presented to individuals who take a public stand, even in the face of great opposition, for issues of policy that affect the well-being of the State of Alabama and its citizens on matters that go directly to the pillars upon which API stands: Free Markets, Limited Government, and Strong Families.

Each honoree was chosen due to his commitment to stand in the gap and fight for policies, despite opposition, which are beneficial for all Alabamians.

State Representative Matt Fridy was given the award based upon a longstanding history of conservative action in the Alabama House of Representatives which culminated in the 2019 legislative session with the successful passage of his Campus Freedom of Speech Bill. This legislation ensures that freedom of speech on Alabama’s college campuses will not be subjected to the anarchy and censorship too often seen on the nightly news. We are thankful for his steadfast resolve on this important issue.

Attorney A. Eric Johnston formed the Alabama Pro Life Alliance and has stood on the front lines in the fight for life for many years. This year, because of his personal authorship and advocacy, the Alabama Legislature was able to pass the most comprehensive pro-life legislation in the nation. Aimed at overturning Roe v. Wade, this is no small achievement. We are grateful to have worked with Mr. Johnston this year towards that goal.

State Senator Daniel Roberts, in his first year as an elected official, has become a known advocate and rabble rouser for conservative policy on issues related to taxation, abortion, education, and fiscal reforms. We honor his service and are thankful for the dedication he has shown towards making Alabama a better place to live for all its residents.