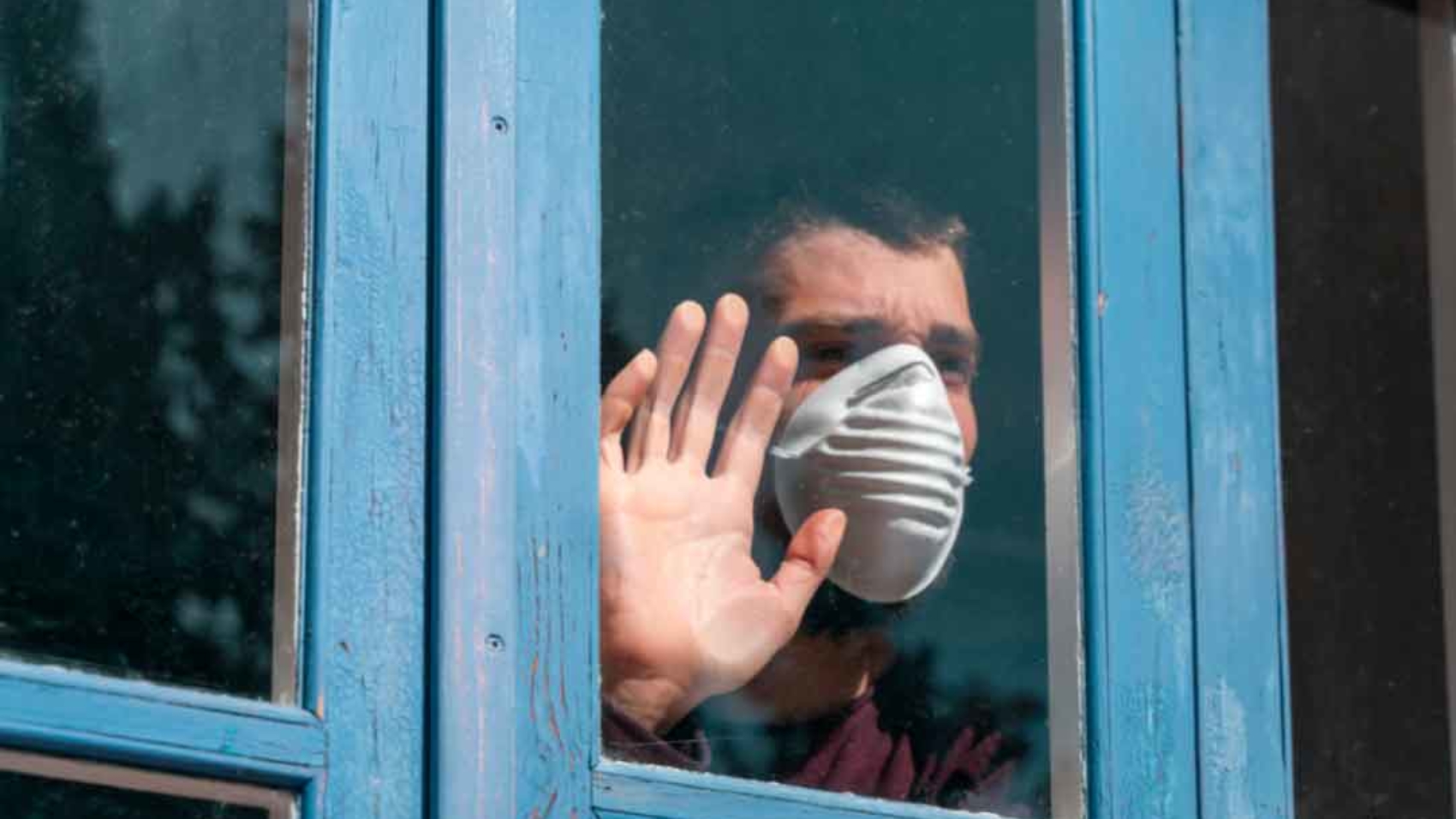 Alabama Governor Kay Ivey and state health officer Dr. Scott Harris have issued sweeping emergency and public health declarations which they hope will slow the spread of the Coronavirus which currently has the nation at or near a standstill.

On Friday, March 20, an amended public health order issued by Dr. Harris and released by the governor’s office limits public gatherings to no more than 25 people and requires all other gatherings to be held while maintaining a six-foot space between individuals, a practice known as social distancing. The order, originally published on March 19, also closes all beaches, forbids activity at senior citizen centers, closes all educational institutions and limits restaurants, bars, and other such establishments to providing only take out or delivery service and bans all on-premises consumption of food and drink, among other things.

The amended order specifically claims not “to prevent any employers from making continued necessary staffing decisions.” In a statement released with the amended order, Governor Ivey said, “I have no intention of slowing down our workforce through unnecessary, burdensome regulations.” The original order, she added, “was intended to apply to non-work-related gatherings,” as the amended order makes clear.

Though few argue with Ivey and Harris’s abilities to legally issue such orders, or with the prudence of the orders, there does appear to be some concern about the extent and length of the measures being implemented, and whether Ivey’s desire to not harm Alabamians economically is realistic under the emergency actions taken by the state. What is at question is why there has been no communication as to what “success at bending the curve” looks like or what milestones are needed to ease restrictions on individuals and businesses.

Those with concerns about the order are also troubled with the growing trend of local governments issuing stricter and more restrictive orders than the state.

On March 24, the City of Birmingham issued a “Stay in Place Order” limiting the reasons an individual can leave his or her home and what one can do when in a public space. This action comes just days after the Jefferson County Public Health Officer had ordered a closure of most businesses throughout the county, which has been the hardest hit in Alabama in terms of Coronavirus infections. Tuscaloosa’s Mayor Walt Maddox has instituted a city-wide curfew as part of his emergency power efforts.

The need for “benchmarks”

Earlier this week President Donald Trump said he would reevaluate the nation’s response to the pandemic and said he hoped the country, particularly economic engines, would return to normal by Easter Sunday (April 12). In citing the effort known as “15 Days to Limit the Spread,” the President pointed to the need to take action against the virus while also setting timelines to help the nation return to some form of normalcy.

“We can’t have the cure be worse than the problem,” the president said.

That sentiment seems to be echoed by Ivey in her desire to not hinder business activity in the state despite the public health orders. “We will only be able to mitigate the risk of the virus through the efforts of our hardworking manufacturers that will produce life-sustaining supplies, our truckers who move these goods down the road, and our valued retailers that will make them available to our citizens,” Ivey commented in a statement.

But some question how the economy can truly be protected when it is essentially shutdown by the government.

“We must have a plan to stop the spread and bend the curve of the virus,” said Caleb Crosby, president of the non-partisan think-tank The Alabama Policy Institute, based in Birmingham. “However, we need to know what the benchmarks are and what we are looking for in order to get back to normal.”

Crosby said there needs to be clear communication of what level of progress in slowing the spread of the virus would lead to what level of easing the public health orders and social restrictions.

“The people of Alabama want to do our part to stop this, and we respect the opinion and leadership of our health officials to stop the spread of this dangerous virus,” commented Crosby. “However, we also need to know from our leaders what the end-goal is and what milestones will trigger the lessening of government rules and regulations on the people of Alabama.”

Crosby further said that he has heard from people across the entire state who are concerned with the lack of clarity on what has to be accomplished to lead to a relaxing of restrictions. Essentially, he lamented, the state government has used its extraordinary emergency powers to put in place extreme and freedom constraining rules without telling the people exactly how long they will be under those limitations or what needs to be achieved for the directives to be relaxed or removed entirely.

Crosby is not alone in his concerns, says Birmingham businessman Ward Neely.

“The government must help small businesses survive the stoppage of the economy, while also being clear on how and when things will return to full-speed,” Neely commented.

Neely is also concerned with the liquidity of small businesses. The government can best help by helping businesses manage rent and mortgage payments right now, rather than offering loans for payroll which will have to be paid back, a plan which is part of the economic stimulus package currently being debated in Washington, he said.

Businesses need two things to survive this crisis, according to Neely. Specifically, “a level playing field and the ability to make decisions based on reality.” The level playing field is achieved by a quick influx of cash into small businesses and good decisions come from quantifiable and measurable targets set by the government so that business leaders know what to expect and when. Businesses and individuals need some idea of when the “current chaos” will dissipate he said.

Small businesses including medical clinics and others could also face legal problems if they do operate and something goes wrong. This creates a gray area in which business owners want to meet their communities’ needs but are uncertain as to whether doing so will put their entire business at risk. This, according to Neely, is another reason that state and local leaders should pick milestones which will trigger the process of drawing back the public health and safety measures currently in place.

There is no one size fits all solution

Just what targets the government is looking for to revoke the current measures is unknown, which is unacceptable according to Huntsville physician Dr. Michael Brown. “What works in other places may not be needed here – there is no one size fits all solution,” Brown said.

Dr. Michael Brown, believes that the Alabama Department of Public Health needs to provide more specific guidelines for seeing patients and performing surgeries. With the present statewide order, there is too much uncertainty, which has led many practices and hospitals to greatly restrict access to care. “I am concerned that many more folks will be harmed by this restriction of care than will be affected by Covid-19”, Brown said in response to the State Health order. According to Brown, in this present circumstance, many patients will be left with no option but to go to the emergency room for conditions which could otherwise have been treated in a clinic or other outpatient setting. The concern is that such an influx to emergency rooms will put a critical strain on emergency care, when it needs to be readily available for patients potentially suffering from coronavirus infection. An additional unintended consequence of this approach will be the increased exposure of patients to those who potentially have the coronavirus in an environment where it may be difficult to implement social distancing.

There are certainly a number of unknowns regarding this coronavirus outbreak, but careful attention to good hygienic practices and social distancing is clearly most important. What is less clear is whether or not more extreme measures really have any major impact on the spread of the virus.

“We need to know what the end-game is,” lawyer and former State Senator Phil Williams of Gadsden said in a recent interview. “The government should be trying to control this outbreak, but we must also be asking the right questions. Nothing we are doing will end the threat, but only slow it down. What costs are we willing to go to in order to simply control, yet not eradicate, this virus?”

For Williams, the issue is one of knowing what right looks like. “Our leaders need to set benchmarks and say we will stop doing A when B occurs.” Too, according to Williams, leaders need to understand the people are willing to be a part of the solution, but that they don’t want the solution to make their lives harder than the problem ever would.

Drawing from his military background, Williams added, “In every battle plan the Commanders establish phase lines. The crossing of a phase line controls the flow and establishes the next scheme of maneuver. The public has been given no phase lines in the battle against Covid-19.”

“The government action being taken on both the state and federal levels is simply unprecedented,” added Crosby of the state think-tank. “We understand the need to work together to stop this health crisis, but every citizen of this state and country deserves to know what our goals are and what milestones will need to be met to move us out of this unprecedented moment in history.”

For Crosby and others like him, that means state leaders need to communicate not just what the people can’t do, but when the people will be allowed to live free from government intervention again. “The president has set a goal of Easter Sunday. What is the goal or timeline being set by our local and state leaders? Yes, these extraordinary powers are being enacted to help people, but we must ensure we aren’t cutting off our nose to spite our face.”

Joshua Pendergrass is a lawyer and the former communications director for Alabama Governor Kay Ivey. Currently he serves as the chief communications officer at the non-partisan, non-profit think-tank, the Alabama Policy Institute.