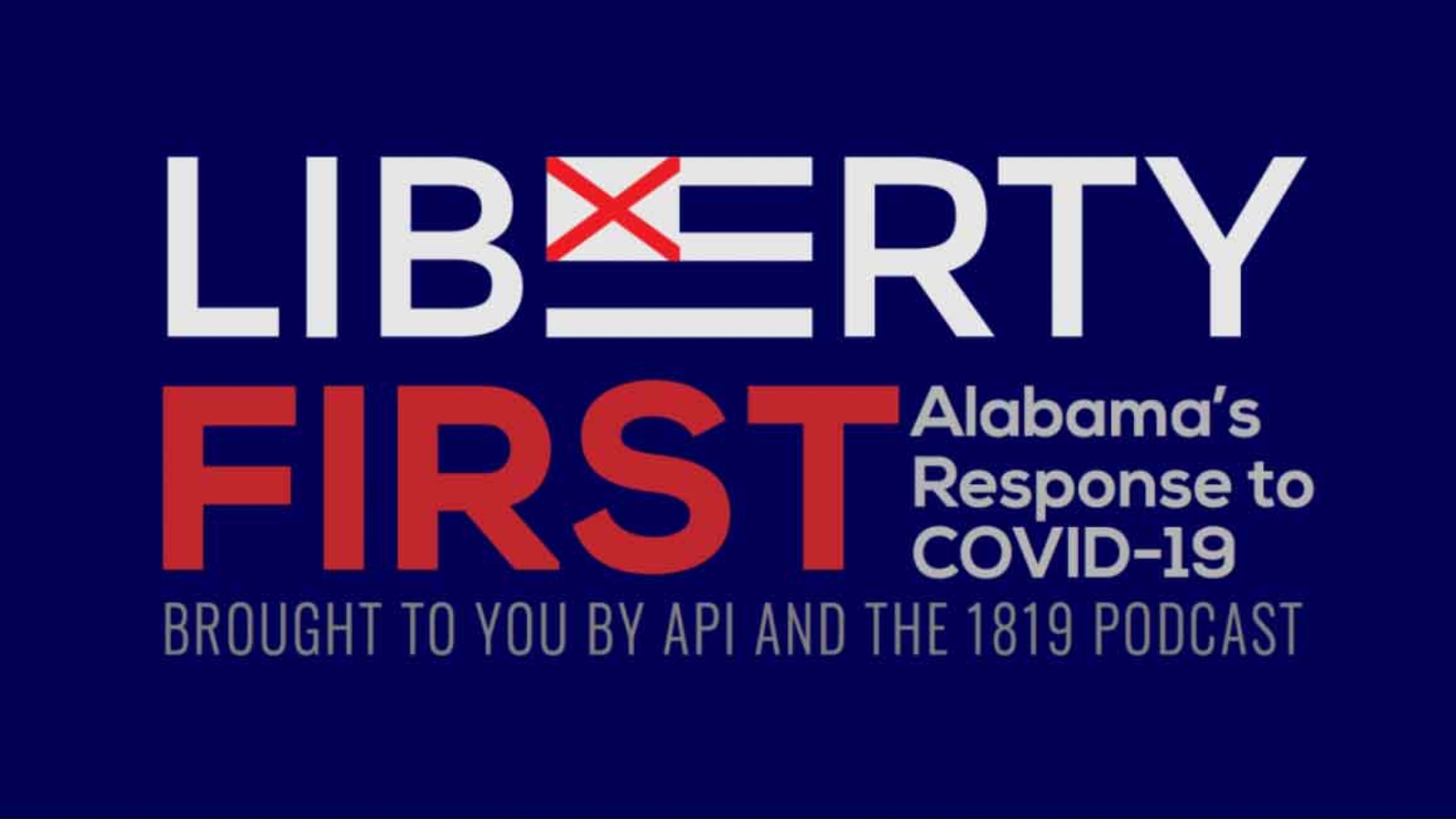 Birmingham, Ala. – State legislators are now considering a reform that was also recommended by the Alabama Policy Institute in its recent Liberty First podcast. The podcast, which is already one of Apple Podcast’s “Top Government Podcasts,” suggested that the Legislature retake its rightful powers to quarantine and to drive the response of the state in a long-term emergency.

“Those who are executing the quarantine in a pandemic must have authority from us, the people, which we generally confer through our legislative officials,” API’s Professorial Fellow Adam MacLeod remarked on the first episode of Liberty First. According to MacLeod, the powers related to a quarantine in an emergency such as COVID-19 lie primarily with the legislative branch, not the executive.

The reforms being considered by the Legislature correct this issue, which was highlighted by MacLeod and API.

Currently, state law allows the Governor to declare a state of emergency for up to sixty days. The Legislature is considering a bill sponsored by State Senator Tom Whatley (R-Auburn) and co-sponsored by Senate Pro Tem Del Marsh (R-Anniston), among others, which whittles this time-table down to fourteen days, after which the Legislature would have to approve an extension. The bill also requires the Governor to sign public health orders of the State Health Officer before they take effect, a change API also supports.

“We are thankful that the Legislature has recognized the importance of their role during a prolonged emergency. We are proud to have played a role in the discussion of this issue through the Liberty First podcast,” API President and CEO Caleb Crosby said.

“If this change is implemented, the Governor’s office will continue to have the emergency powers it needs to protect our state during times of acute crisis. What will be increased, however, is the voice of the people, through their elected representatives, to determine the best course of action when a short-term crisis develops into a long-term problem,” added Crosby.

Brought to you by the Alabama Policy Institute as part of the 1819 Podcast Network, Liberty First is a limited-episode podcast series where API’s Professorial Fellow Adam MacLeod, J.D., and Chief Communications Officer Josh Pendergrass, J.D., discuss the fundamental questions of liberty in American history and law. The podcast also explores how we should see American freedom in light of the COVID-19 crisis.  To listen to the podcast on Apple Podcasts or iTunes, click here. To listen to the podcast on Spotify, click here.