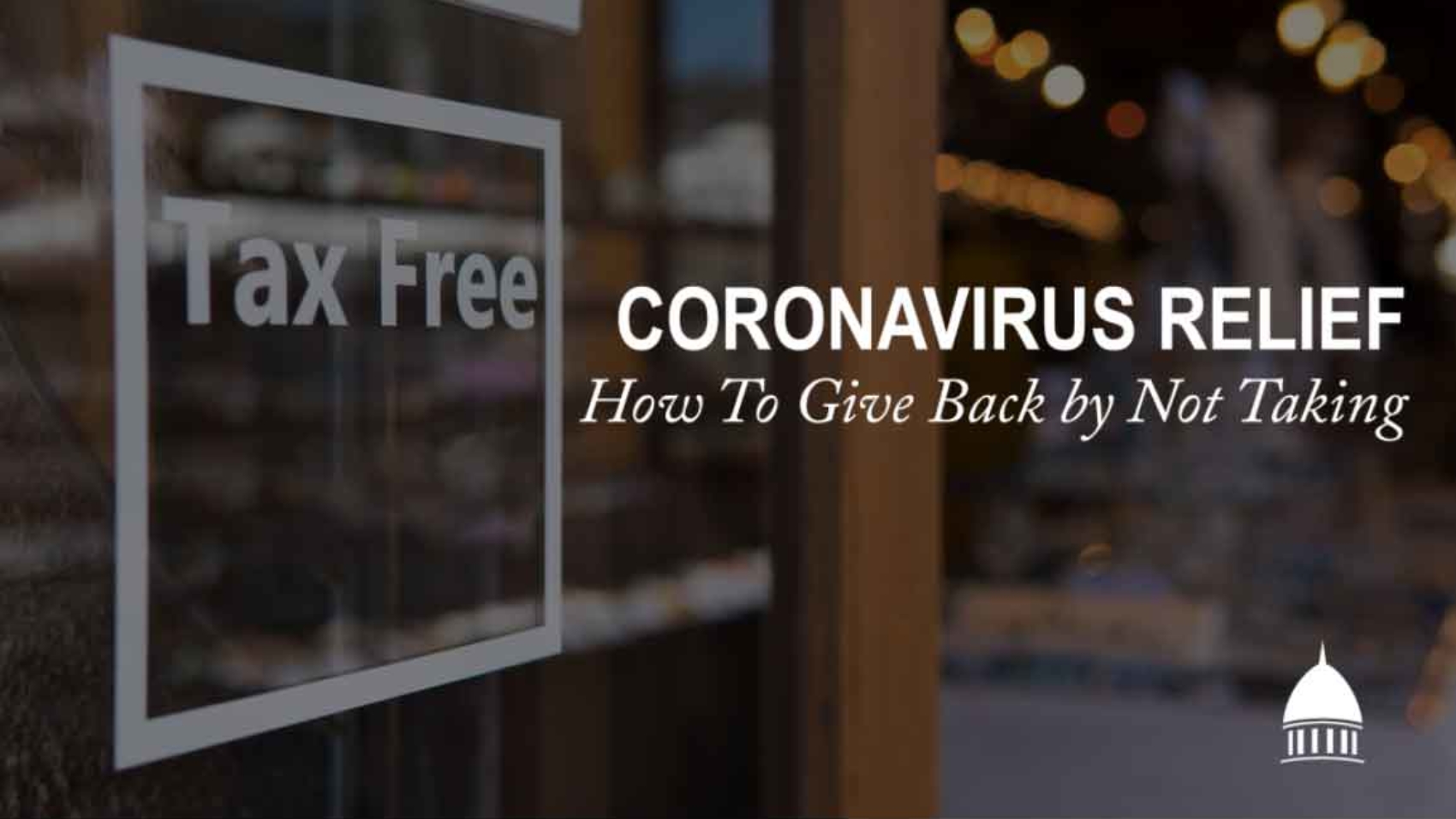 BIRMINGHAM, Ala. – Recent media reports have stated that of the $1.8 Billion in CARES Act funds received by the State the Ivey Administration has designated the majority of it to issues that only impact a small percentage of Alabamians, and that mostly fund government services. Today (August 25, 2020) the Alabama Policy Institute (API) called upon Governor Kay Ivey to use the remaining $300 million in CARES Act funds to declare a statewide sales tax holiday that could last as long as 21 to 31 days. For the last two months API has been working with the Governor’s staff to implement the plan but despite the fact that other states are taking this action on behalf of their citizens API has recently learned the governor has declined to use her authority to provide tax-relief for the people of the state.

“Governor Ivey alone has the power and authority to expend CARES Act funds; unfortunately, she has so far chosen to use the money to grow government rather than to truly help the people of Alabama,” stated API president Caleb Crosby.

The API proposal suggests using federal CARES Act dollars to provide tax-relief for every person in the state through the form of an extended sales tax holiday. The success of the recently finished weekend-long sales tax holiday illustrates the viability of waiving sales taxes on most purchases made by Alabama families in order to provide tax-relief and to stimulate the economy.

“Alabama’s brick-and-mortar retailers have been hit hard by the government imposed shutdowns. It is imperative that we give them a shot in the arm to boost their sales while at the same time making it more affordable for every Alabamian to make purchases in their local economy”, said Phil Williams, former State Senator and API’s Director of Policy Strategy. “CARES Act funds are there for everyone, not just those chosen by the government.”

The proposal has drawn the support of members of the State Legislature and mayors across the state.

“I commend the Policy Institute for putting this idea on the table,” stated Senate president pro tem Del Marsh. “To the extent we have unspent CARES Act dollars, my top priority will be utilizing those dollars to expand broadband throughout the state. However, when we start looking to reallocate those unspent federal resources, I believe the idea of a sales tax holiday is something that should be seriously considered.”

According to a June statewide poll by top-ranked polling firm Cygnal, 69.8% favor using CARES dollars for such a temporary reduction in sales taxes, with 48% saying such relief should definitely happen. Support for API’s plan ranges across the political spectrum and across demographic lines. “Overwhelming results in a poll don’t often occur – but in this case 70% of Alabamians support using CARES dollars to lighten the tax load in the state; in this instance, the people of Alabama are crystal clear – they want the governor to reduce our tax load now,” commented Carl Jones, API’s Chief Operating Officer.

Despite the overwhelming support for reducing sales taxes, the governor has declined to provide this relief to struggling Alabama families. Too, her failure to call off sales taxes for an extended period of time is also a missed opportunity to stimulate local businesses that would benefit

“Under stay at home orders my family’s jewelry store, which we have operated for three generations, was forced to close while many of our ‘big box store’ competitors were allowed to remain open,” said Bob Couch of Couch’s Jewelers of Anniston, which has operated since 1941. “As a result of the Covid shutdown, our business has suffered, and our income was impacted. Having an extended tax-free holiday, I have no doubt, will spur people to make purchases they have been putting off and will have a tremendous, positive impact on our store and our family.”

The impact of an extended sales tax holiday is expected to span across the spectrum of businesses in the sate. Timothy Hontzas, head chef at Johnny’s Restaurant in Homewood, and multi-year James Beard Award Semifinalist, predicts a sales tax holiday will increase patrons and spending at local eateries. “The restaurant industry was the hardest hit layer of our economy but not by the lingering, long-term effects of the virus. Letting families keep more of their hard-earned money by suspending sales taxes will not only give those families extra money to spend in restaurants like mine but will decrease the final amount of their bill when they do honor us with their patronage,” Hontzas said.

“We urge Governor Ivey to follow President Trump’s lead,” commented Crosby. “We must avoid simply growing government instead of growing families’ incomes. When signing his recent Executive Order to give back payroll taxes President Trump specifically stated that we should ‘put money directly in the pockets of American workers and generate additional incentives for work and employment, right when the money is needed most’ which is exactly what API’s plan would do.”

Idaho has recently enacted a similar plan to API’s by using CARES funds for property tax relief. Using the same regulations that apply to Alabama, Idaho’s governor and finance director determined that there is no statutory or regulatory prohibition on the use of CARES dollars for tax relief. Alabama state finance director Kelly Butler, on the other hand, has concluded the use of CARES Act funds for tax relief is prohibited by federal law.

However, the governor’s most recent general counsel and former state senator Bryan Taylor says no such prohibition exists according to a memo which addresses the question directly. “Based on the text of the CARES Act and the U.S. Treasury Department’s follow-on administrative guidance, API’s proposed use of CARES Act funds to create a sales tax holiday could certainly be an allowable use of these federal dollars to remedy economic harm directly related to government shut-down of businesses, restaurants, and stores.”

In light of the circumstances caused by COVID-19, API urges the governor to move quickly and allocate all remaining CARES Act funds for tax relief for every Alabama citizen.

FOR EDITORIAL AND PUBLISHING USE

You can access a PDF version of this release here and a Word version here.

You can access a feature length article, including usable quotes from legislators, community leaders, and business people from across the state, in PDF form here and a Word version here.

You can access the memo given to Governor Ivey by API here.

You can access a bullet point synopsis and a full examination of the proposal and possible outcomes here.

You can access the legal opinion from Bryan Taylor regarding the tax-relief proposal here.

You can access the toplines of Cygnal’s polling on the tax-relief proposal here.

You can access the crosstabs of Cygnal’s polling on the tax-relief proposal here.