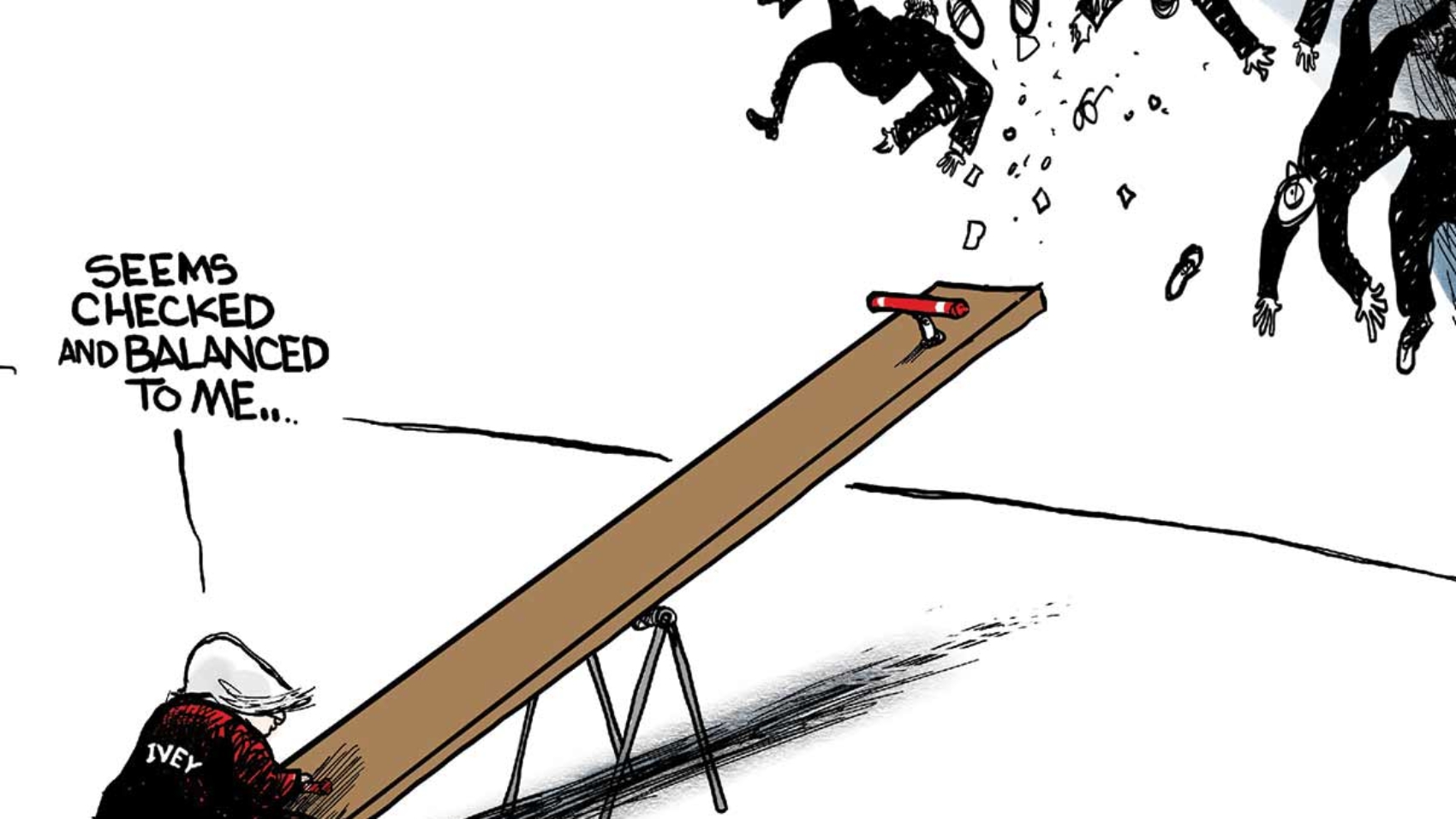 Did you ever play on a seesaw as a kid? Did you ever try it with a bigger kid on the other side — someone who could just keep you up in the air until they were ready to kick off again? That’s the Alabama government right now. The executive branch outweighs the legislative branch and simply keeps its members up in the air until they feel like bringing them back into play.

This past week, Gov. Kay Ivey took important action, but not in the way Alabama’s citizens wanted or expected. She ensured that the state of Alabama will not tax federal relief dollars, and unilaterally extended certain economic development incentives. These are both essential items for which the Alabama Policy Institute (API) has been calling since this spring. Oddly, while the ends are good, it’s a tough sell to justify the means. We saw a complete usurpation of legislative authority.

Yes, the result of Gov. Ivey’s proclamation was good, but the precedent it sets is troubling. Imagine if a future governor of Alabama was more like California’s Gavin Newsom. All that a future governor would have to do is point to the precedent set here: That proclaiming a state of emergency allows for a pseudo-dissolution of the multi-branch system of government.

These recent proclamations would not have been necessary if Gov. Ivey had listened to the calls for a special session of the House and Senate. She is the only one who could have called the Alabama Legislature into special session, but she didn’t. So, to fix real issues that should have been reserved for legislative action, she just did it herself and used the power of her pen. Meanwhile, members of the legislature were left with their legs dangling at the top of the seesaw.

For the past nine months, Alabama citizens have endured a highly restrictive business and social environment, brought on by the now all-too-familiar coronavirus. Government actions, or lack thereof, have been at the forefront of every watercooler and dinner table discussion for months. To be fair, Alabama has been far less restrictive than other states — a fact we are glad to affirm. Nonetheless, restriction has been the hallmark of government activity throughout 2020.

A special session of the legislature — something that many rank-and-file members of the House and Senate have told us they wanted — would have allowed the representative branch of state government to work these issues in a lasting and certifiable manner. Polling by both Alabama Daily News (ADN) and API clearly indicated that the people of Alabama have been consistently supportive of a special session of the legislature for the majority of the pandemic months. Yet the seesaw still sits heavy on the executive side of the axis.

In May of this year, API released its RESTORE Alabama Plan. RESTORE was coined as an acronym standing for “Responsible Efficient Solutions To Open and Revive the Economy.” API specifically asked the governor to call a special session with a limited call of six items, which included those matters contemplated in her recent executive proclamation. API has also learned that Lt. Gov. Will Ainsworth and State Rep. Danny Garrett, co-chairs of the Alabama Small Business Commission’s Emergency Task Force, issued a written recommendation to Gov. Ivey July 1 asking that the governor call a special session for largely the same reasons put forth in the RESTORE plan.

The API and ADN polls are clear that more than 70 percent of respondents supported such a call on their behalf. In political terms, that is a clear win.

API’s poll also showed that 65 percent want the legislature to have a voice during any future pandemics. That must happen. The fact that the governor has the right to call for a state of emergency is legitimate and necessary. But the governor shouldn’t be able to do so unilaterally — especially not for a year. The only way to get the balance restored is for the legislature to have a voice in pandemic powers after a reasonable period of time has elapsed.

The legislative branch must return to the State House soon, and when they do, we encourage them to take such action necessary to ensure that they are never again denied the ability to act on behalf of their constituents. A bill must be passed that allows the House and Senate to convene when they choose to act on the people’s business, especially during an extended emergency.

But for now, that would take a call from the governor. Why should she make such a call when she has the balance of power on her side of the seesaw? Meanwhile, the legislature has no choice but to dangle its legs and wait.