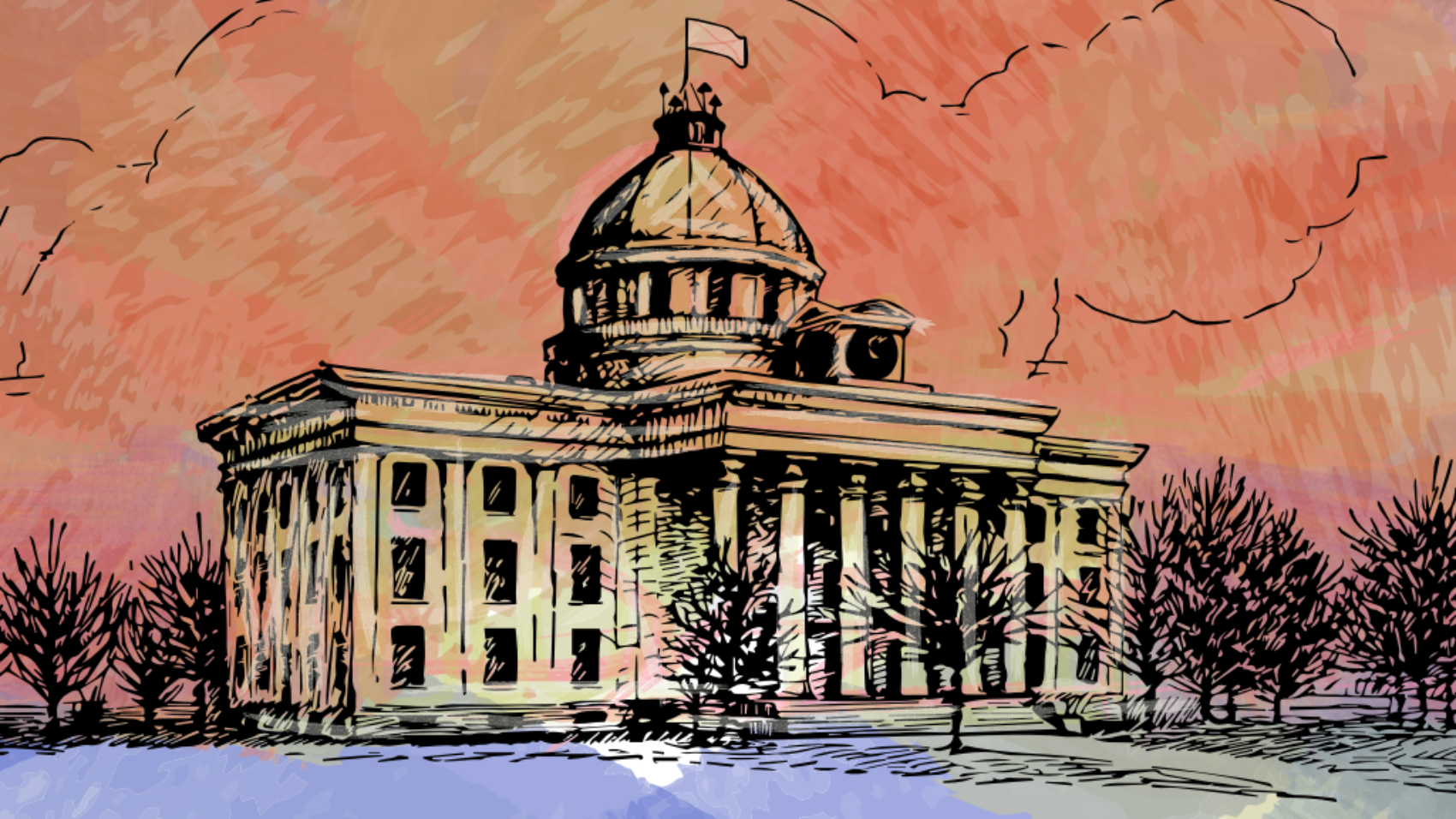 Last year, API published its first annual API Watchlist, a scorecard of Alabama legislators based on how they voted on key issues, how accessible they were to the public, and their overall attendance in the State House in the 2021 Regular Session. Though some legislators scored well, the average score in both the House and the Senate was less than 70%. As conservative as our state is, API believes that our legislators can do better.

This year, an election year, offers an opportunity to do just that. And just as in 2021, API’s scorecard will be weighted toward Key Votes–votes on bills API has identified as being key to the advancement of, or potential harm to, the conservative principles of free markets, limited government, and strong families.

As legislation continues to be introduced, API will review bills in their entirety and assess them in light of the recently released conservative platform positions. API expects that the 2022 Watchlist will include Key Votes as follows: 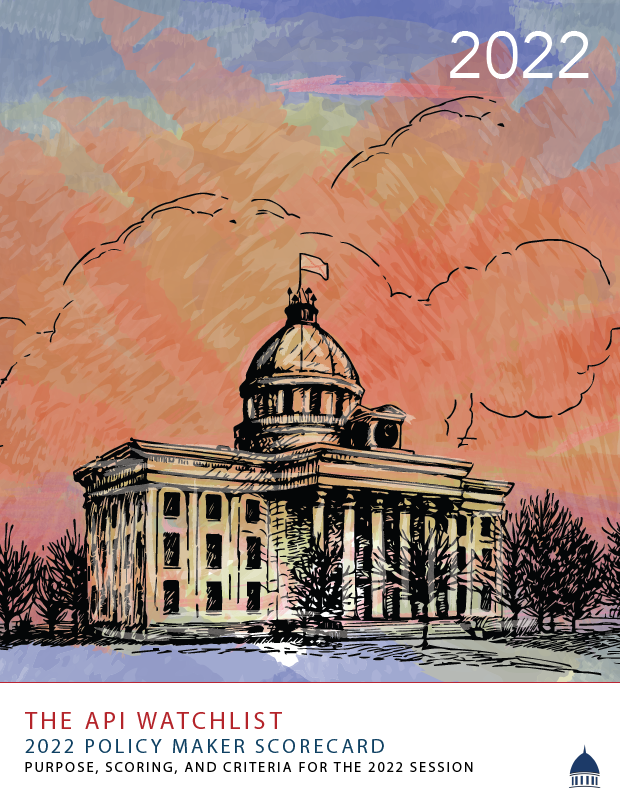 Budgets – The legislature must this year reestablish fiscal conservatism in state government. State Finance Director Bill Poole has stated that a “fiscal cliff” is coming. Increased spending is government expansion. After years of record budgets, legislators should freeze spending at its current levels and end this historic period of government expansion. Counted individually, proposed budgets for the General Fund and the Education Trust Fund that freeze spending will be considered Key “Yes” Votes. Budgets that increase spending over last year’s levels will be Key “No” Votes.

Gambling Legalization – Senator Greg Albritton (R-Atmore) has promised to file another gambling and casino bill this session. As introduced in 2021, that legislation sought to give monopolies to entities that have traditionally flaunted Alabama’s laws and several of which have notoriously failed to pay taxes. API continues to believe that seeking revenue and basing budgets on gambling revenues is both bad social and fiscal policy. Any gambling bill will be a Key “No” Vote in 2022.

Grocery Tax Repeal – A bill that eliminates the state’s 4% tax on groceries will be considered a Key “Yes” vote if the bill does not increase taxes elsewhere. Though a full repeal of the grocery tax is essential in light of increasing revenues, a partial repeal, as rumored in the State House, will likewise be a Key “Yes” Vote if it does not seek to increase taxes elsewhere.

Decrease Taxes on Deferred Compensation Retirement Plan Income – Alabama currently taxes distributions from deferred compensation benefit plans. Senator Arthur Orr (R-Decatur) has filed SB18, a bill that would exempt the first $10,000 of retirement benefits from being taxable as income. This will result in a net tax cut and will be considered a Key “Yes” Vote.

School Choice – An expansive bill to increase school choice in Alabama is likely to be debated within both the Senate and the House. As the Covid-19 pandemic and subsequent closure of schools and a lack of curriculum transparency has made evident, parents deserve to direct their children’s education. This bill, or others like it that contemplate giving parents a say in what is best for their child’s educational wellbeing, will be considered a Key “Yes” Vote.

Shared Responsibility for Emergency Powers – During 2020 it became clear that the legislative branch of state government had little to no opportunity for official action in an extended state of emergency. To be sure, a governor must have emergency executive authority. At some point, however, the representative branch of government must be given a voice in any extended shutdowns, mandates, or societal restrictions to ensure that their constituents’ needs are being addressed. Many states allow the legislature to reject extended states of emergency and last year an attempt was made for Alabama to join them. Though it failed to become law, any bill this session that addresses the problem will be considered a Key “Yes” Vote.

Increased Legislative Autonomy – Currently, the Alabama legislature only engages in legislative activity during the regularly-scheduled annual session or when the governor calls for a special session. In thirty-six states, the legislature has the power to call itself into session. Alabama is not one of those states. Multiple bills addressed this in the 2021 Regular Session but failed. Any attempt to bring our state into this best practice in 2022 should be supported by state legislators and will be considered a Key “Yes” Vote.

As the session continues, API will announce further Key Votes as needed that align with our recently released conservative platform. We will also provide bill numbers on Key Votes once the bills are filed in their respective houses. Updates will be available on our website, alabamapolicy.org, and on Twitter @alabamapolicy.

LEARN MORE ABOUT THE SCORECARD