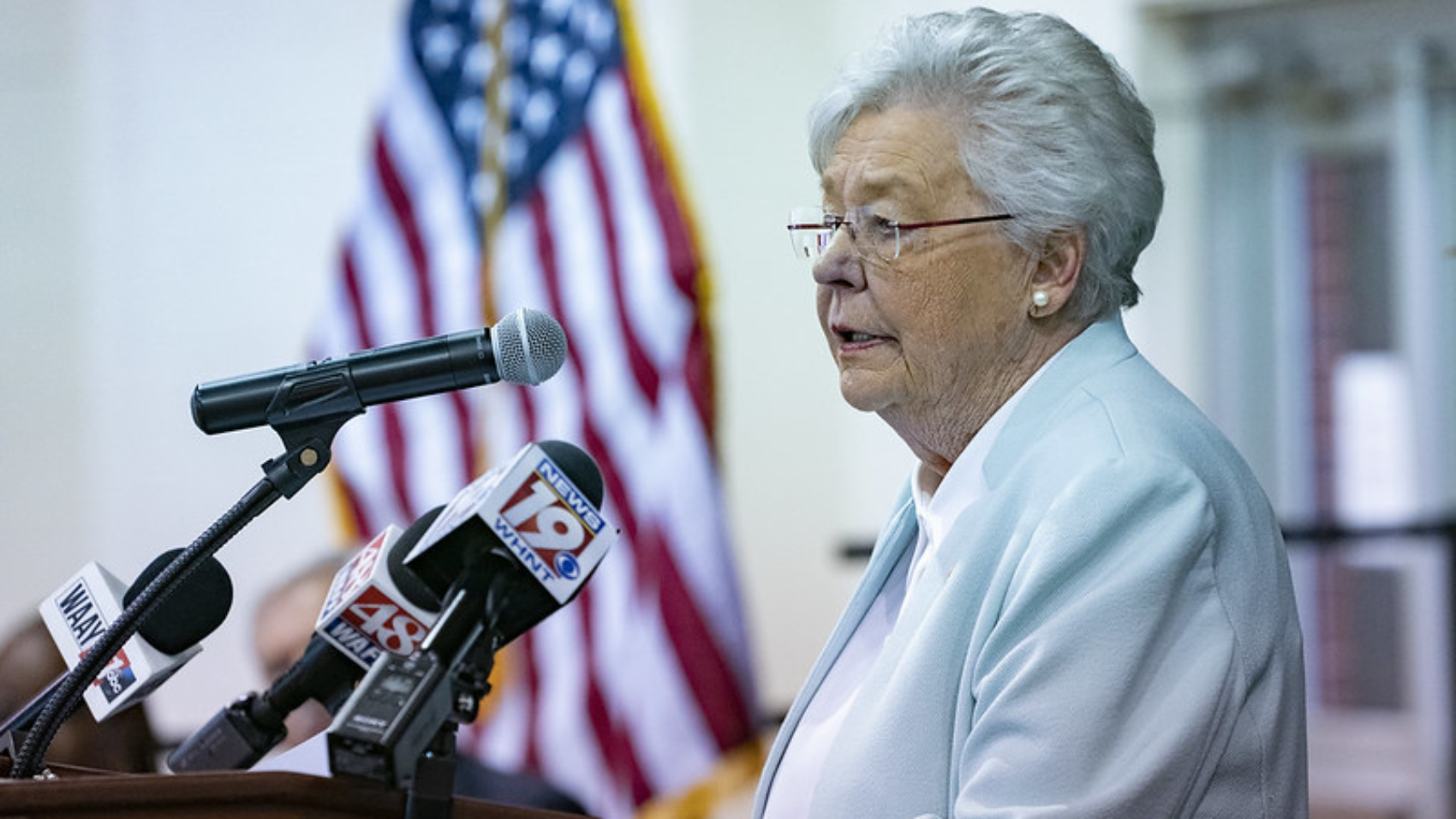 On Tuesday, among a crowded field of challengers, incumbent Gov. Kay Ivey coasted to victory in the Republican primary election. She will face either Yolanda Flowers or Malika Sanders-Fortier in the November general election, but it is almost certain that Ivey will be sworn in to a full second term as governor in January.

What does another four years of Kay Ivey as governor mean for the state of Alabama? Unless a newly elected class of state legislators acts much more conservatively than their predecessors, it will likely mean bigger government, more taxes and less freedom for Alabamians.

In her victory speech Tuesday night, Ivey said that “the people of Alabama spoke loud and clear in favor of our conservative record.”

Of the three highest vote-getters in the Republican primary, Ivey’s record was objectively the least conservative. Both opponents vowed to repeal the 2019 gas tax increase championed by Gov. Ivey. Both came out strongly in favor of implementing a full-scale school choice program in Alabama.

If you don’t follow state government closely, all you would have learned about Kay Ivey over the past few months is that she supported Donald Trump, pities Joe Biden and always carries a handgun with her. Apparently, that’s enough to win a gubernatorial election in Alabama if you’re an incumbent.

The only real accomplishment that she mentioned during her primary campaign was Alabama having the lowest unemployment rate in state history. Alabama’s economy was able to quickly bounce back from the COVID-19 pandemic because of fewer business restrictions than other states.

But what didn’t Gov. Ivey talk about Tuesday night and throughout the campaign?

She failed to mention that she oversaw the biggest expansion of state government in Alabama’s history, faster than California or New York, since 2019. She didn’t talk about the fact that Alabama took more taxes from citizens than ever in 2021. She presented no plans to take less money from you in the future.

She offered no policy agenda to move Alabama’s schools from the bottom of national rankings.

She didn’t tout the $.10 gas tax increase that she spearheaded in 2019, nor did she pledge to provide citizens with relief from record gas prices that now average $4.30 per gallon. In fact, she said she opposed freezing any portion of the gas tax.

While touting Alabama’s low unemployment rate, she failed to mention that mandates from state government put many employers out of business, some temporarily and some permanently.

If given free rein, another four years of Gov. Ivey will likely mean more of the same. Taking more taxes from you to pay for bigger government. Slowly chipping away at the individual freedoms that Alabamians hold so dear. Given that her biggest regret from the recent legislative session was that gambling legislation did not pass, it also means that Alabama’s gambling debate will rage once again, and sooner rather than later.

The good news is that although Kay Ivey will almost certainly remain governor, there will be many new faces in the Alabama Legislature. In the Alabama Senate, five incumbents didn’t seek reelection. Seven Republicans faced primary challengers, and as of Wednesday morning, one of those incumbents was trailing, though the outcome likely won’t be known for several days.

There will be even more turnover in the House of Representatives, where there were 21 open seats and nearly two dozen primary challengers. As of Wednesday, seven incumbents had lost their reelection bids, and three more faced runoff elections. Of the six Republican incumbents that lost on Tuesday, four were ranked in the bottom third of the Alabama Policy Institute’s 2022 Policy Maker Scorecard.

For the Republican incumbents that lost or still face a runoff, maybe it is because their constituents realized that the conservative principles that they campaigned on four years ago did not align with their actions in Montgomery.

If Tuesday’s Republican primary winners stick to their campaign pledges, it will mean a more conservative legislature than what Alabamians saw over the past four years. We should expect the record expansion of state spending to slow. There should be real tax relief in sight for Alabamians, like so many states around the country have already done. Parents and students should finally have more choice over where they can go to school and receive an education that best suits their individual needs.

It should also mean an end to the near-total control that Gov. Ivey has wielded over the legislature for the past five years.

But that’s only if Tuesday’s winners stick to their promises. It is up to us to make sure they do.