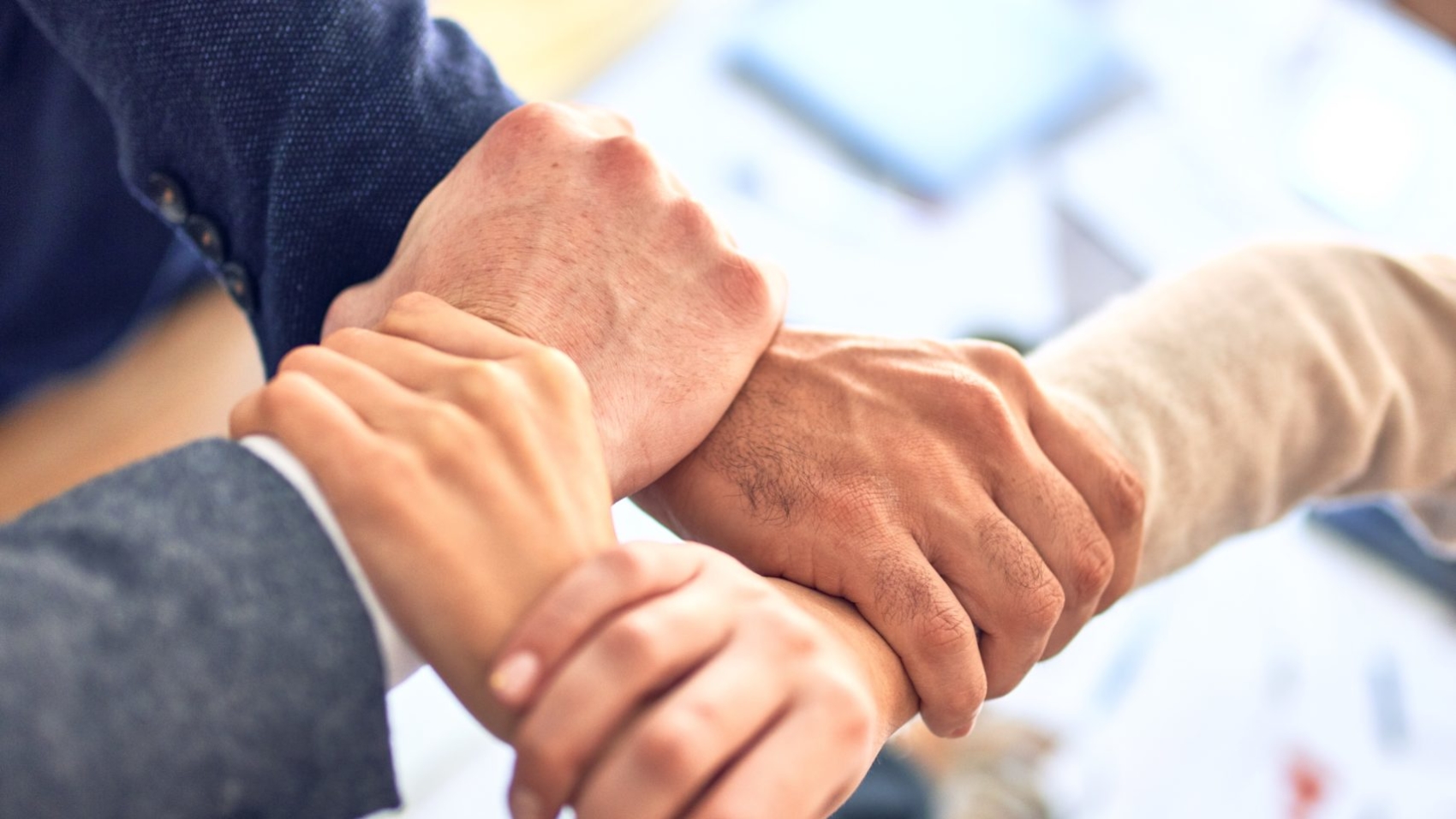 Over the past year, unionization has been a hot topic in Alabama. An Amazon facility in Bessemer has twice voted on the issue of unionization, with workers choosing not to form a union both times. Recently, workers at a Starbucks in Birmingham voted to organize, becoming the first Starbucks in Alabama with unionized labor.

But what does being part of a workers union really mean, and how might continuing efforts to expand unionization impact Alabama?

Workers unions have existed in America almost as long as the country itself, with the first being formed in Philadelphia, Pa. by shoemakers in 1794.

According to the Bureau of Labor Statistics (BLS), 10.3% of America’s public and private workforce (14 million individuals) belong to unions. When the BLS first began collecting unionization data in 1983, membership was almost twice as much. The highest unionization rates are among workers in education, steelworking, automotive manufacturing, electrical workers, and public safety-related occupations. Half of the U.S.’ unionized workforce comes from the public sector, which creates a concerning conflict of interest given the fact that these jobs are funded by elected officials who may be dependent on those same union members’ votes to remain in office.

A union can be defined as “an organized group of workers who unite to make decisions about conditions affecting their work.” The idea is that by joining a union, a collective group of workers will have more power than they would as individual employees. This could mean negotiating for better pay, hours, benefits, and addressing workplace safety issues, among other things.

Unions are supposed to work as a democracy, where elections are held to choose officers who will then make decisions on behalf of union members. Often there will be a local union that is affiliated with a national or international organization.

Some of the supposed benefits of being a union member include higher wages and better benefits, greater personal upward mobility, improved working conditions, and improved job security.

While in theory, these may sound like good things, in practice it is more complicated. Just as with the United States’ democratic government structure, structuring a union to function as a democracy means there will be those who wield great power, while rank and file members may have little say in decisions.

There are numerous potentially negative consequences of being part of a labor union. First, unions require members to pay dues, which go towards paying the salaries of union leadership and are supposed to supplement workers’ salaries during a work stoppage. Being part of a union means that you have less autonomy to make your own decisions. Like it or not, union members are bound by the decisions made by the group as a whole.

Another potentially harmful impact of union membership is that it could slow your chances for workplace advancement. As with our government, in many cases advancement is tied to seniority. Regardless of merit or your work performance history, if you have less experience than other employees, then you will be more likely to get passed over for a promotion or laid off when company cutbacks are implemented. Workplace promotion should be based on performance, not who has been there the longest.

It has also been found that unions create tension within the workplace. Unions can put workers at odds with their employers more often than if employees were not part of an organized labor force. This can lead to lower levels of trust and satisfaction in the workplace.

Finally, there is the question of how those dues that workers pay to unions are being used. A recent example of the potential misuse of union funds is the National Education Association (NEA). To clarify, the NEA and its subsidiaries are technically professional organizations but perform many of the same functions as a labor union. According to an NEA report filed with the U.S. Department of Labor last year, the organization had total revenues of more than $588 million in 2021. Just $32 million of that revenue (5.4%) was used for what is referred to as “representation activities.”

In other words, only a small percentage of the dues collected by the NEA was going towards bargaining for better pay and improving the working conditions of rank-and-file teachers. Meanwhile, the NEA’s president was paid an annual salary of more than $430,000. Four other NEA executives were paid salaries ranging from $334,219 to $406,951. Another $65 million – more than twice what NEA spent on representing teachers – was spent on political campaigns and lobbying, with 94% of NEA’s political contributions supporting Democrat candidates.

Virginia Gentles, director of the Education Freedom Center of Independent Women’s Voices, responded to the report saying, “Rather than advocating for increased salaries for teachers, union leaders lobby for more federal and state funding so school districts will hire more dues-paying members, many of whom aren’t actually teachers.”

While questionable motives and use of funds are not limited to teachers’ unions, it would lead you to question what one of Alabama’s largest unions and the NEA subsidiary, the Alabama Education Association (AEA), is doing with dues collected from its membership. According to the AEA, its membership is more than 84,000 of the state’s education employees. That includes not only teachers but administrators, support personnel, etc. Each AEA member pays annual dues that start at $210 per year and then increase depending on your job and where you live.

According to fiscal year 2020 tax filings with the Internal Revenue Service, the AEA reported more than $17 million in revenues that year and spent more than $15.5 million. Over $13 million in revenue came from membership dues. More than half of AEA’s expenses went towards salaries, other compensation, and benefits to employees. Senior directors and managers had total compensation packages ranging from $153,103 to $225,025. AEA spent an additional $2.1 million on office expenses and travel alone.

AEA also uses its money and its powerful membership base in the political arena.

While AEA does not get directly involved in elections, it employs 44 lobbyists, most of any business or professional organization in the state, to advocate for education priorities, including increased funding. AEA’s Political Action Committee, Alabama Voice of Teachers for Education (AVOTE), does get involved in elections. As of May 31st, AVOTE had more than $3 million cash on hand, with many of those contributions coming from AEA members. According to data from the Alabama Secretary of State’s Office, AVOTE has contributed more than $1 million to both Democrat and Republican state political candidates since January.

The past few years have been good financially for Alabama’s education employees. They have received back-to-back raises that total 6%. From the AEA’s perspective, it has also been a good time period for the state’s Education Trust Fund budget, which has grown by over 36% since 2019. Because of this, AEA and its members have an incentive to keep incumbents elected so that salary increases and total state education funding continue to grow. That may be good if you’re a teacher, but Alabama taxpayers continue to pay for more education funding while there has been no improvement in the quality of education or the state’s rankings in national test scores.

Another recent example of the power of unions in Alabama is the ongoing strike by members of the United Mine Workers of America at a mine owned by Warrior Met Coal Inc. Workers went on strike on April 1, 2021, after failing to reach an agreement on a new labor contract for approximately 1,100 workers. The work holdout continues today and has cost both the company and its striking employees millions of dollars.

So, what could future efforts to unionize mean for the state? Some 6,000 Amazon workers in Bessemer recently voted twice in favor of remaining ununionized. Amazon fought strongly against the union, claiming that it could end expansion plans, lead to lower pay for employees, force layoffs at the Bessemer facility, and limit the number of temporary employees that it could hire.

While unionization certainly impacts businesses and their employees, it also impacts consumers. Union wage gains inherently come out of a business’s earnings. When unions create rules that are designed to increase the number of workers needed to perform a job, costs are also increased. To cover those increased costs, unionized companies are forced to raise the price of their products and services. Not only does that hurt you, the consumer, but it has also been found that unionized companies earn profits 10 to 15% lower than companies with nonunionized workforces. Investors can also expect to see smaller returns when a business becomes unionized.

Consider that as of the end of May, the U.S. inflation rate was 8.6%, the highest level in 40 years. While it is unlikely that inflation rates will continue to rise over the long term, you can be sure that increased unionization will lead to higher prices for Alabamians. With the very real threat of an economic recession looming, having a more highly unionized workforce in Alabama will only add to the pain felt by most citizens of the state. In fact, if there is a recession, more unionized jobs could create a hole that is harder for the state to dig out of and will slow economic recovery.

While in theory, some workers may potentially benefit from unionization, it could come with the cost of less profitable businesses, less new business development, reduced expansion of existing facilities in Alabama and higher prices for consumers. With skyrocketing inflation and so much economic uncertainty, now is not the time to expand unionization in Alabama.