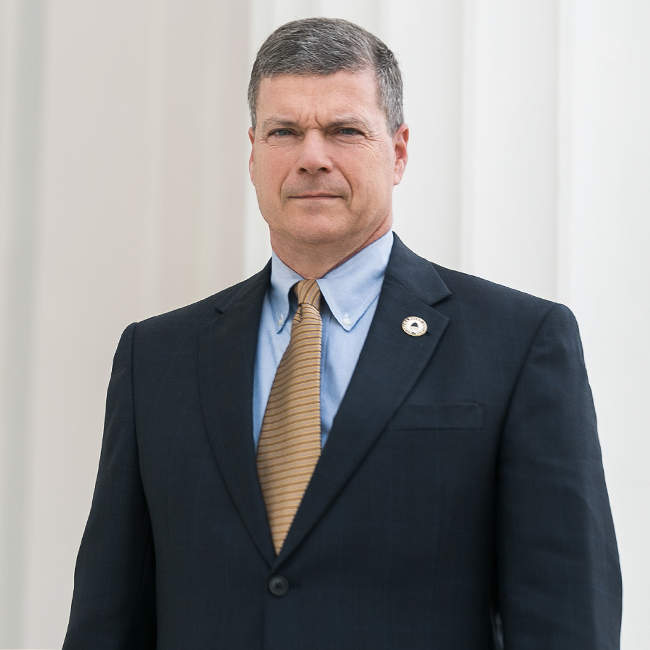 Carl Jones joined the API team in the summer of 2018. He is from Mobile, Alabama, and has a Finance Degree from Louisiana State University. He received a commission in the Marine Corps in 1985 and served 12 years as a Marine aviator. He transferred to the Alabama Air National Guard in 1997 and lived in Montgomery while employed by United Airlines. In the wake of 9/11, Carl’s F-16 squadron was mobilized. He spent the next four years helping to lead this Alabama unit through several operations as a Flight Commander and Squadron Commander. Carl retired in 2005 from the military and moved back to Mobile where he worked nearly seven years with a local intermodal trucking company. In 2012, Carl moved his family to Birmingham to direct the operations for JH Ranch. He helped lead this ministry for over six years. He has been married to his wife Laura for 20 years and they have a daughter Sophie who is a High School Senior.