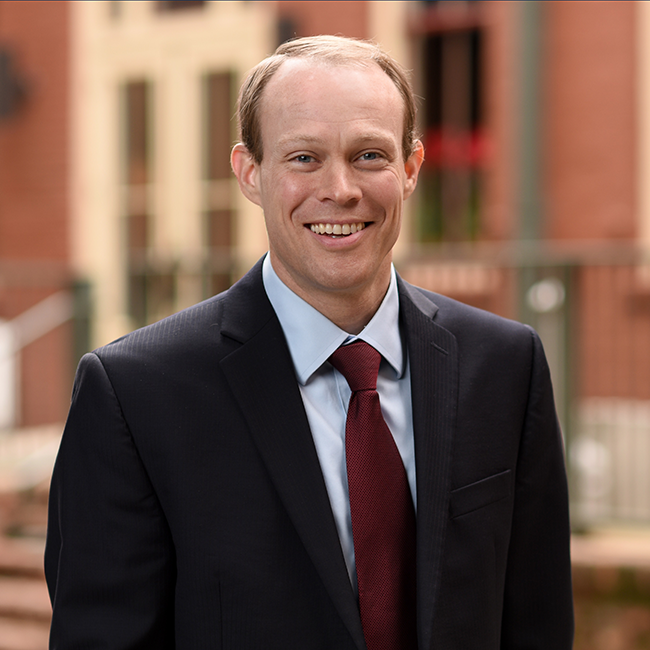 Adam J. MacLeod was appointed an API Professorial Fellow in September 2019; he is also Professor of Law at Faulkner University’s Thomas Goode Jones School of Law. He has been a Thomas Edison Fellow in the Center for the Protection of Intellectual Property at George Mason University and a visiting fellow in the James Madison Program in American Ideals and Institutions at Princeton University.

He is co-editor of Christie and Martin’s Jurisprudence (4th edition, West Academic, 2020) and Foundations of Law (Carolina Academic Press, 2017), and author of Property and Practical Reason (Cambridge University Press, 2015). MacLeod has also authored numerous articles, essays, and book reviews in peer-reviewed journals and law reviews throughout the English-speaking world. He writes and speaks in numerous venues about the foundations of private law and private ordering.

MacLeod has served as law clerk for state and federal judges in Massachusetts and Colorado, as special Deputy Attorney General of Alabama, and as a lawyer in Boston. He holds degrees from Gordon College and the University of Notre Dame Law School.