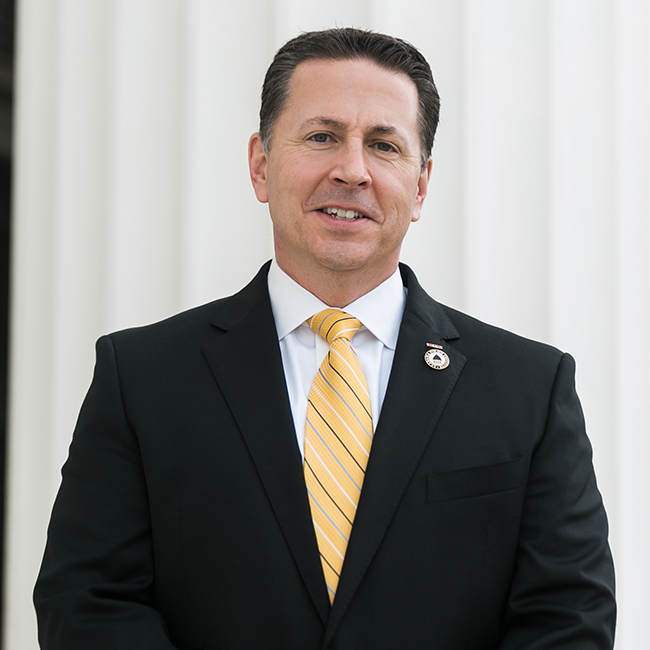 Phil is the President and on-air talent for the syndicated radio show known to the world as Rightside Radio. With a mission to enlighten, empower, educate and entertain its audience on conservative principles every day, Rightside has taken the conservative news/talk audience by storm in Alabama. Phil was formerly the Chief Policy Officer & General Counsel for the Alabama Policy Institute (API), from which Rightside sprang as a voice for the principles of law and public policy that affect all Alabamians, such as conservative principles of limited government, free markets, and strong families. Rightside Radio airs daily from 2-5pm across multiple markets and has become known for its ability to engage the audience on things that matter. So much so that the audience members have taken on the mantle of “Rightside Ruffians”!

Phil Williams is also the managing member of Williams, Driskill, Huffstutler & King, LLC, a law firm based in Gadsden, AL. His legal experience covers all levels including appellate, and he is admitted to practice in the State and Federal Courts in Alabama. His primary focus in the practice of law is largely in the areas of civil litigation, corporate/municipal/governmental general counsel, as well as a thriving real estate practice. He has been ranked as “AV-Preeminent” as a peer-evaluated Attorney by Martindale-Hubbell.

Prior to practicing law, Phil was in full time ministry for seven years with the international youth outreach organization YoungLife. With YoungLife, Phil served as an Area Director which involved direct ministry and counseling with teens, recruiting and training volunteers, public speaking, public relations, fundraising and close work with the members of the YoungLife Committee.

In addition to his day-to-day employment, Phil served two terms as the State Senator for the Tenth District of Alabama. During his tenure in the Senate, Phil served as the Chairman for the Alabama Senate Committee on Fiscal Responsibility & Economic Development, and the Vice Chair for the Committee on Judiciary.

Aside from his civilian experience, Phil also comes from a family with a long military tradition. He is an Airborne Ranger and retired in July 2017 after 30 years of service with the rank of Colonel (USAR). Phil served two combat tours in the Global War on Terror, one each in Afghanistan and Iraq, as well as one tour in the Pentagon on the Army Staff’s Special Operations Division. He served at all levels in both conventional and special operations forces. His last troop leading position was as the Battalion Commander for the 1-167th Infantry. His final duty assignment was as a reserve instructor for the Joint Special Operations University, US Special Operations Command.

Phil’s education includes a B.S. from the University of South Alabama and a Juris Doctorate from the Birmingham School of Law. He is also a graduate of the U.S. Army’s Combined Arms and Services Staff School and the US.. Army Command and General Staff College. He is also a certified higher education instructor as a result of coursework through the Joint Special Operations University.

Among his associations and awards are the following: Phil is a Distinguished Fellow with the Alabama Policy Institute; a member in good standing of the Alabama Bar Association; he has been ranked as “AV-Preeminent” as a peer-evaluated Attorney by Martindale-Hubbell; a member of the Veterans of Foreign Wars (VFW); the Military Officers Association of America (MOAA); The National Infantry Association; The Order of St. Maurice; Club For Growth Foundation Fellow; Paul Harris Fellow, Rotary International; and the Etowah County Patriots Hall of Honor. In addition, he was licensed and ordained to ministry by the Southern Baptist Association.
His military awards include the Legion of Merit, two Bronze Star Medals, the Meritorious Service Medal, three Army Commendation Medals, two Army Achievement Medals, the Humanitarian Service Medal, both the Afghan and Iraq Campaign Medals with 3 campaign stars, the Ranger Tab, Senior Parachutist Wings, the Pathfinder Badge, German Parachutist Wings and the Combat Action Badge.

Phil has been married for 35 years to his wife Charlene. They have two adult children and two grandchildren.