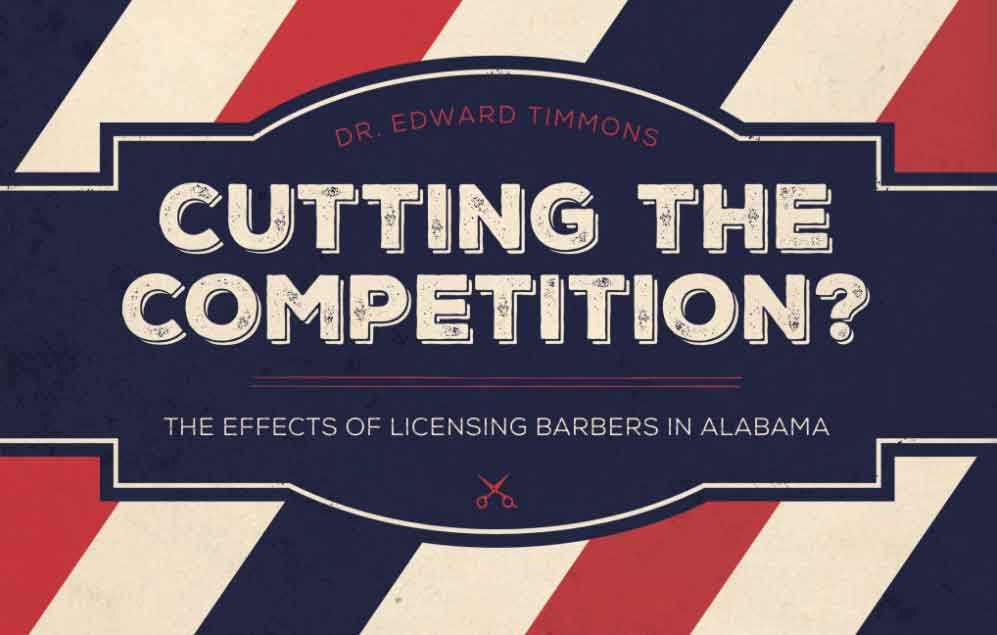 This paper, published by the Mackinac Institute, estimates the effects of Alabama’s reintroduction of barbering licensing requirements on the receipts and growth of barber shops in the state. It contains state-level comparisons of barber and beauty shops in Alabama, as well as comparing these Alabama statistics to that of nearby bordering states. In addition, I compare data from Alabama border counties to data from contiguous counties in Georgia and Florida.

The results of this analysis show that after barber licensing was introduced in Alabama, barber shop receipts grew 2.6 percentage points faster than beauty shops and barber shops per person grew 6.7 percentage points slower than beauty shops in the state. In other words, barber licensing requirements appear to have limited competition for existing Alabama barbers and they benefited with higher earnings. A similar result emerges when comparing barber shops in bordering states and bordering counties in Georgia and Florida. This comparison produces evidence consistent with the economic theory that occupational licensing restricts competition and harms consumers by limiting choice and increasing prices.

Dr. Edward Timmons, Associate Professor of Economics at St. Francis University and author of this study, has conducted extensive research on occupational licensing reforms in the states. At API’s release event for “The Costs of Occupational Licensing in Alabama”, Dr. Timmons presented compelling evidence on the harmful affects of occupational licensing across the country: ”Occupational licensing has grown from affecting 5% of workers in 1950 to as much as 29% today. Licensing increases prices for consumers but there is little evidence that it enhances quality. My research suggests that the elimination of barber licensing in 1983 in Alabama increased competition in the marketplace as measured by decreases in barber wages and reductions in the number of cosmetologists.”