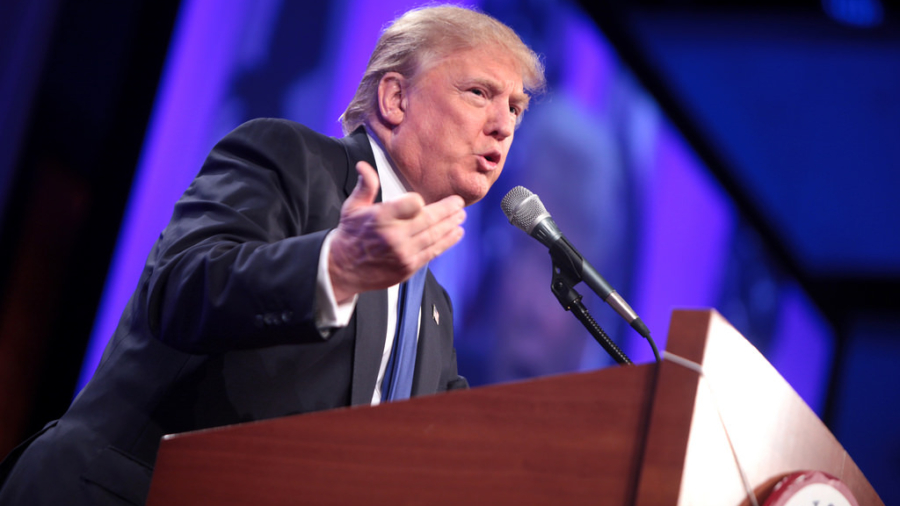 “If you never change your mind, why have one?”

Some might accuse me of being wishy-washy or uncommitted. Another millennial who can’t make a decision.

I hear that. And I agree that wildly shifting your opinions on matters of virtue, what is right and wrong, may signal a lack of mental fortitude.

But for whom you or I vote is not a matter of moral right and wrong.  It’s not black and white. In fact, it’s more like shades of gray on a gray background.

On these things, where right and wrong are not clear, changing our minds is perhaps one of the most beautiful things a human can do. It’s a gracious “wow, I didn’t know that before” vs. a harsh “no, I will not believe that.” The former is a sign of wisdom, the latter is evidence of stubborn pride.

As for how I will vote in November, the change came in part from reading the Democratic and Republican platforms. I spent the better part of a week, in fact, studying the platforms as part of a project for the Alabama Policy Institute, where I’ve worked for several years and where, despite being a conservative organization, I’ve never been told how to vote.

Now the truth is that we don’t know whether either party intends to follow their platform if given power. In what is the most realistic portrayal of Washington, DC I’ve ever seen on television, Julia Louis-Dreyfus’ character in VEEP calls her own party’s platform “a to-do list of things we’re not gonna do.”

First is abortion. The Republican platform seeks to eliminate legal abortion through a human life amendment to the Constitution while the Democratic platform seeks to expand both federal funding for and the availability of abortion through repealing the Title X gag rule, which prohibited Title X family planning funds from going to organizations that refer women to abortion, and by repealing the federal Hyde Amendment, a long-standing legislative provision barring federal funds from paying for most abortions. If given its way, the Republican platform would ban abortion. The Democratic one would expand it.

Second is religious liberty. Both the Democratic and Republican platforms agree that religious liberty is an essential American value. The Democratic platform, however, would require Christian adoption agencies to place children in homes with same-sex parents, Muslim photographers to work at same-sex weddings, and Catholic charties to provide abortion coverage in their healthcare plans. The Republican platform opposes all of this.

Third is education. The Republican platform would allow parents to use their education tax dollars to go to the school that best fits their children’s needs. For students in urban Birmingham, programs like the Alabama Accountability Act’s tax credit scholarships are lifesavers. The Democratic platform, however, opposes any form of private school choice and would eliminate this and other programs if given the opportunity and would instead more heavily fund already-existing public schools.

The truth is that neither of the platforms line up completely with what I would consider a biblical worldview: one that values life from conception to natural death, supports the relief of the poor, and gives credibility to the spread of the Gospel to all nations.

There are, however, certain issues where one party stands strongly in line with my worldview while the other is vehemently opposed. And I just can’t ignore that.

After hours of studying these platforms, I came out thinking differently than before.

There’s nothing wrong with that. And I think there’s value in every single voter getting a first-hand look at the positions of each party before they vote in November.

That said, I would not put yourself through reading all 158 pages of the party platforms. A lot of it is unscrupulous platitudes about the other side. There are important policy positions, however, hidden in between the attacks.

To help voters this election year, the Alabama Policy Institute has put together a side-by-side comparison of the party platforms on issues ranging from abortion to gay marriage, taxes to immigration, gun control to the environment. We’ve organized it and put it together in one package that is easy to navigate and will, hopefully, give you something to think about.

Because the truth is that none of us ever has the full picture. It is our responsibility, though, to unfold as much of it as we can. The party platforms are undoubtedly part of that bigger picture. And if they can change my mind, they might change yours, too.

To see an issue-by-issue comparison of the party platforms, click here.