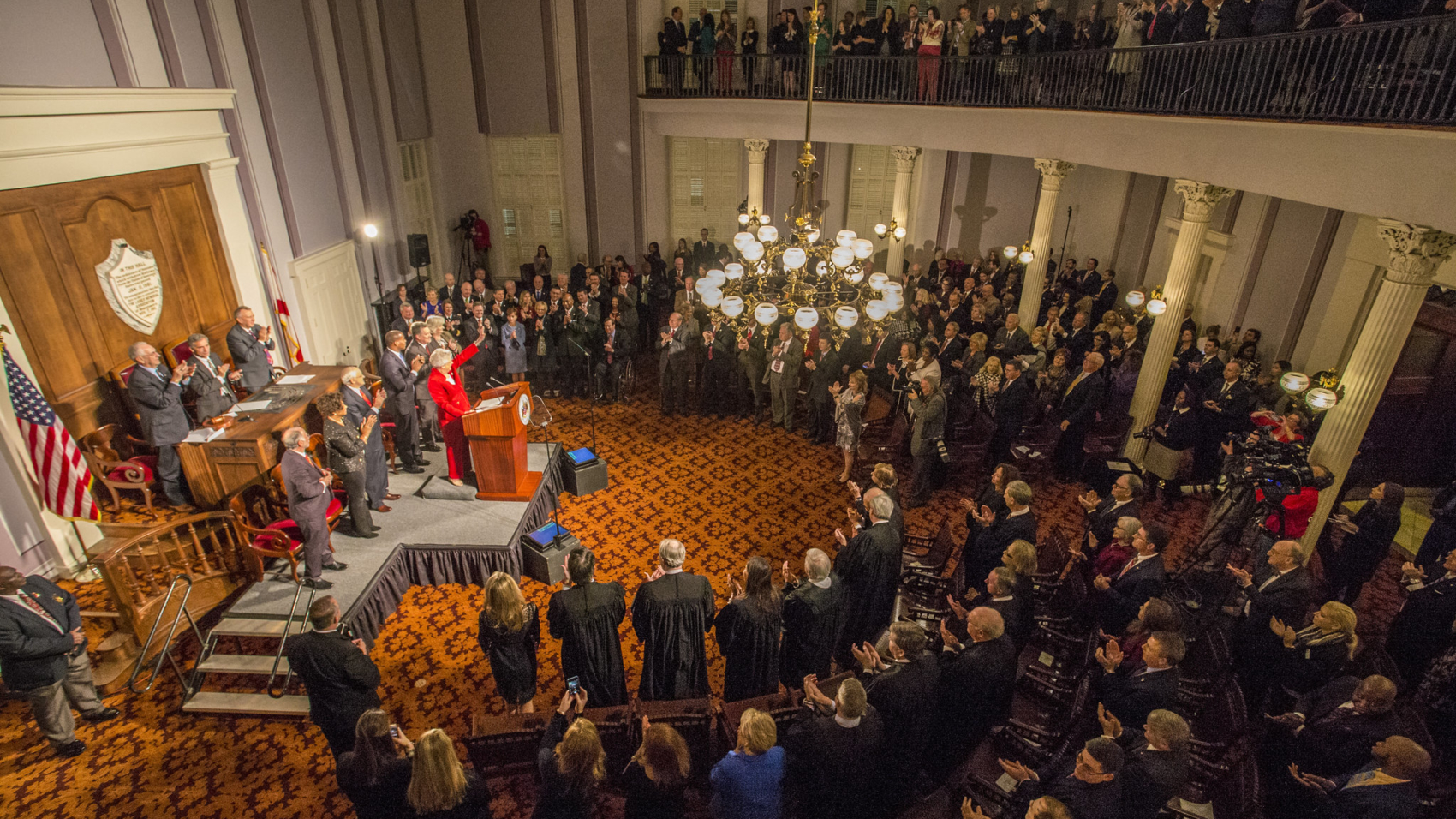 Despite the pandemic, the business of state government is booming in Alabama. It is past time for the state to give some of its newfound wealth back to citizens.

A recent court ruling should pave the way for Alabama’s elected officials to do so, if they choose to. But lawmakers already missed one opportunity.

To recap, in March Congress passed a second massive COVID-19 stimulus bill, the American Rescue Plan Act (ARPA). Alabama’s state government has already received half of its $2.1 billion allotment from the bill and will receive the second half early next year. So far, the state has committed $480 million of its ARPA funds, with the bulk of that going towards prison construction projects.

In total, state government alone has been handed $4 billion in federal stimulus funds since the start of the pandemic.

In addition to the stimulus money, the state saw $1.2 billion in new revenue flow into the state in 2021. Most of that money has been reinvested in the public sector.

A controversial provision of ARPA blocked states from being able to cut taxes and then use stimulus funds to replace lost revenue. In response, 13 states, including Alabama, sued the Treasury Department arguing that the federal government had no Constitutional authority to dictate state tax policy.

On November 15th, U.S. District Court Judge L. Scott Coogler issued a permanent injunction against the provision writing that the restriction is a “a federal invasion of State sovereignty”. Coogler further wrote that the mandate pressures states into adopting federally preferred tax policy and disincentivizes states “from considering any tax reductions for fear of forfeiting ARPA funds.”

The bottom line is that the federal court ruling clears the way for Alabama to use its ARPA funds for tax relief.

It also proves that elected officials missed an opportunity to provide relief much sooner.

Alabama received $1.8 billion from the Coronavirus Aid, Relief, and Economic Security Act (CARES) in 2020. In June of last year, the Alabama Policy Institute (API) presented a proposal to Governor Kay Ivey that would have set aside a portion of the state’s CARES funding to implement an extended statewide sales tax holiday. If the proposal had been adopted, it would have saved citizens money and provided a much needed boost to Alabama’s brick and mortar businesses during the heart of the pandemic.

Before presenting the proposal, API commissioned an outside legal opinion that determined a sales tax holiday was a permissible use of CARES Act funds. Ultimately the governor’s office refused to implement the sales tax holiday, hiding behind U.S. Treasury guidance that said the money couldn’t be used to replace lost revenue. However other states, like Idaho, went full speed ahead with measures to reduce citizens’ tax burden. The federal government never intervened.

If state government wanted to use CARES Act funds to provide a sales tax holiday it likely would have been allowed. But the desire to use the money to grow government outweighed the need to help struggling citizens and businesses.

While we as citizens cannot change past government actions, we can demand better for the future.

There are a number of ways that Alabama’s government could use ARPA funds to help the citizens and business owners of this state. API believes that an extended sales tax holiday would still provide benefits to both, but there are other ways.

Alabama is one of just three states that fully taxes grocery and food items, something that every person living here relies on. The stimulus funds would go a long way towards permanently eliminating that tax burden.

Because of a rise in unemployment claims over the last two years, employers are now paying more in unemployment compensation tax than they were before the pandemic. In 2021 the employer tax rate increased by 92 percent, adding additional strain to businesses already hit hard by COVID related shutdowns. The state could use ARPA funds to reduce unemployment taxes in 2022.

The state has more than $1.5 billion in remaining ARPA funds at its disposal. To put that in perspective, it is enough money to eliminate unemployment taxes for up to six years. It could wipe out the grocery tax for three years. That’s not including this years $1.2 billion revenue windfall.

Regardless of the method, Alabama citizens deserve tax relief.

A federal court has already ruled that Washington cannot tell Alabama and other states how to use that money. If lawmakers fail to provide tax relief to the citizens of Alabama it is because they chose government over the people they are elected to serve, not because they can’t.