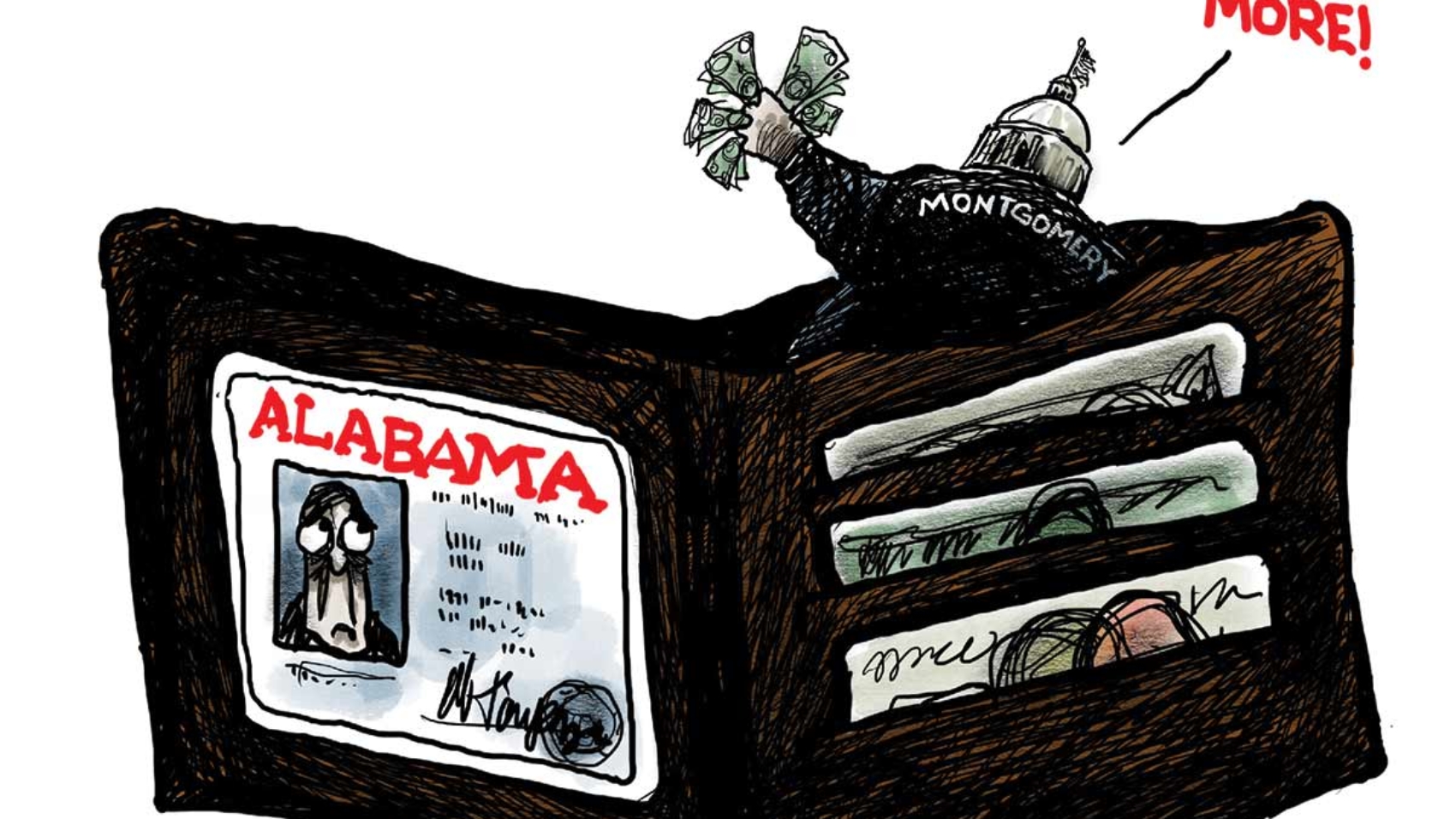 Last Thursday marked the 16th workday of the 2021 Regular Legislative Session. With lawmakers over halfway through the regular session, they are pausing this week for Spring Break.

Thus far, the legislature’s focus has been on raising revenues and expanding state government. This is the wrong direction. In the last 14 days of the regular session, lawmakers should focus on how they can take less from the people of Alabama and instead use existing funds to support the families and small business owners of this state. 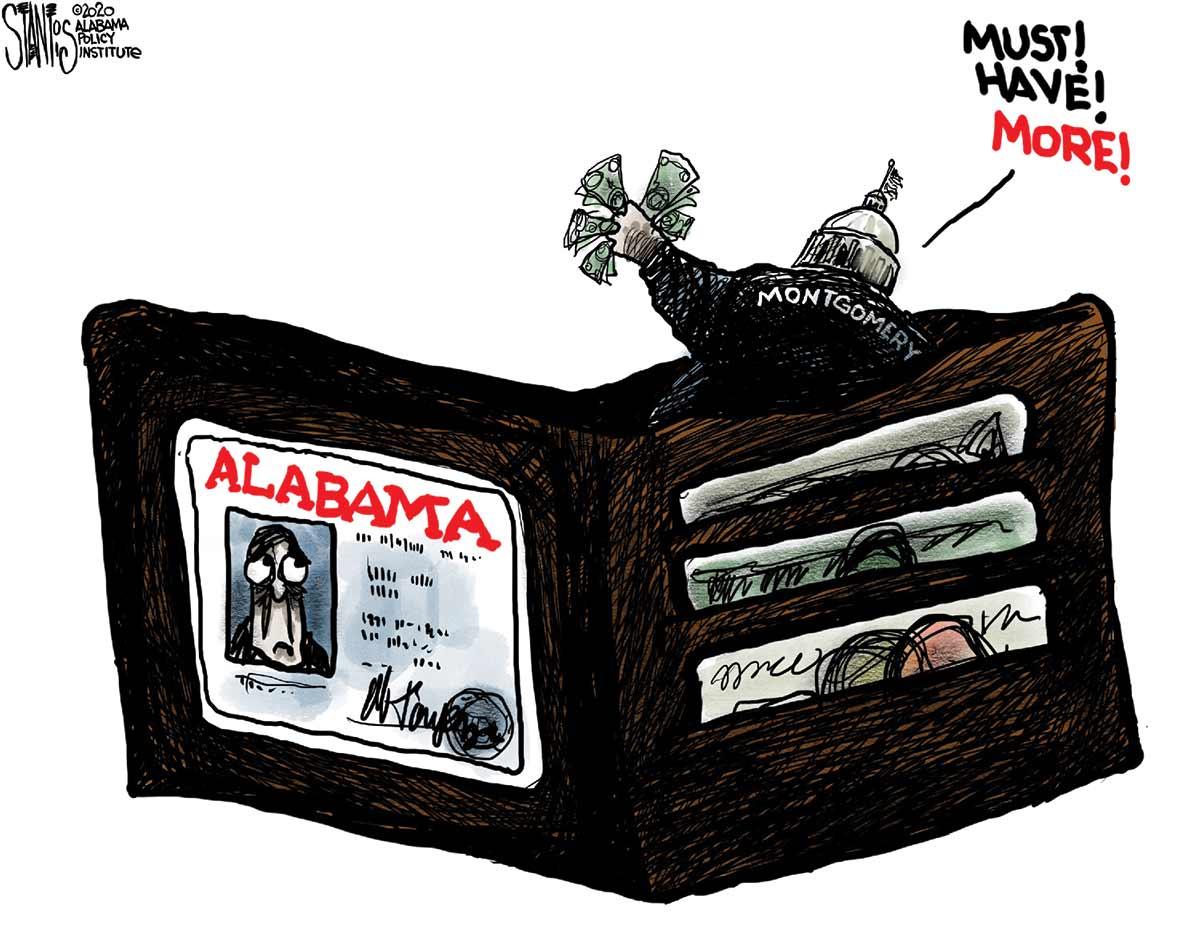 On the fiscal front, the first half of the session was active. Both the Education Trust Fund and State General Fund budgets passed through one chamber of the legislature. Senator Del Marsh brought a combined gambling and lottery bill to the Senate floor that would have potentially increased annual tax revenues to the state by hundreds of millions of dollars. There has also been a push to legalize medicinal marijuana which, if approved, would bring additional fees and taxes to the state.

As the legislature did its work, Washington passed another massive economic relief package, the American Rescue Plan Act, which will send billions more dollars flooding into Alabama’s state and local coffers. The second half of the session could be dominated by who should control the state’s share of that money and how to spend.

Despite the ongoing pandemic, Alabama has seen more revenue and federal dollars flowing into the state than ever over the past 12 months. State online sales tax receipts jumped by $183 million last year. The first phase of the state gas tax hike brought in $153.5 million in new revenue its first year. And because of a flaw in Alabama’s tax code, state corporate income tax receipts have jumped despite lower federal rates.

But what are lawmakers doing with all this new tax revenue?

In the first half of the session, the legislature proposed the two largest budgets in state history, calling for $536 million in combined new spending in FY 2022. Included in both budgets is a 2% across the board pay raise for state employees and all educational workers, which would permanently increase the state’s obligations by more than $100 million annually.

The influx of money begs the question of why state agencies need more money, particularly considering all the federal stimulus funds rolling into the state?

While these funds will go mainly towards General Fund agencies, education has not been left out by Congress. Three separate acts in 2020 provided $1.7 billion for the state’s K-12 and higher education programs. On top of that money, the state will reportedly receive an additional $2 billion for education through the latest relief act.

Neither state government nor local governments need more money. The Mobile County Public School System is so flush with money that its Superintendent has recommended a $1,200 bonus for all employees. This move was announced the same day that federal stimulus payments were deposited in the accounts of many Alabamians and as the legislature debated the 2% education employee pay raise.

But as government booms, many Alabamians are being left behind. With the state taking in more than ever, it is past time that lawmakers level the playing field and return some of the money that it is taxing away from citizens.

There are a number of ways that the governor and legislature could work to do this. A no-brainer is eliminating the state’s sales tax on groceries. Alabama is one of only three states that still fully tax grocery sales. It is a regressive tax that hits the state’s poorest citizens the hardest.

Another form of relief could come through lower corporate income tax rates. Alabama’s current rate is higher than many of our neighboring states, making Alabama less competitive. Because of Alabama’s rolling conformity with the federal tax code, the state saw an unintended corporate tax revenue windfall of more than $100 million since the passage of the federal Tax Cuts and Jobs Act of 2017. With corporations now paying less federal taxes, they have less to deduct from their Alabama returns.

To make Alabama more competitive and attractive to businesses, the state should decrease the corporate tax rate and untie itself from changes in federal law so that businesses don’t face inadvertent tax hikes.

With 14 legislative days remaining in the 2021 regular session, there’s still time for lawmakers to provide much-needed relief to the citizens of Alabama. Increased revenues and federal funding have given the legislature the fiscal flexibility to return dollars to the people. It is up to them to choose to do so.